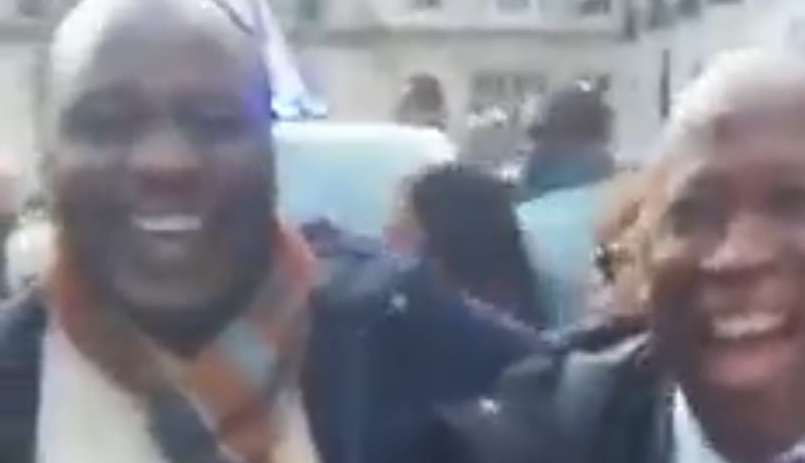 In 2018, Jafar’s platform had published controversial videos of the governor allegedly receiving bribe from a contractor, but the governor denied the allegations and said the videos were cloned.

He subsequently filed a N3 billion defamation suit against Daily Nigerian and its publisher over the videos.

The journalist went into hiding and subsequently relocated abroad. He had said his life was under threat over the videos.

But on Monday, both men were seen outside Chatham House, where Asiwaju Bola Tinubu, Presidential Candidate of the All Progressives Congress (APC) spoke.

In a short video seen by Daily Trust, the duo laughed and shook hands.

Ganduje, a strong ally of Tinubu is on his entourage to the UK as part of 2023 campaign strategies.