China and France had booked their spots at the World Cup due to their superior point differential.

The Nigerian girls overcame the Malians 73-69 after a breathtaking encounter on Sunday to seal their place in the event slated for Australia.

After suffering an opening day defeat to China 90-76 on Thursday, the Nigerian side had rallied round to beat world No.5 France in a great comeback game on Friday to claim a 67-65 win.

Coasting with a 21-point lead, Nigeria almost self-destructed as Mali turned up the defensive pressure, dragging it back to a one-shot game inside the last minute.

However, Nigeria managed to cling on and seal back-to-back appearances at the FIBA Women’s Basketball World Cup.

“I think fatigue set in and only having one point guard made it tough against a team in survival mode,” reflected Nigeria head coach, Otis Hughley Jr. after the final buzzer had sounded. 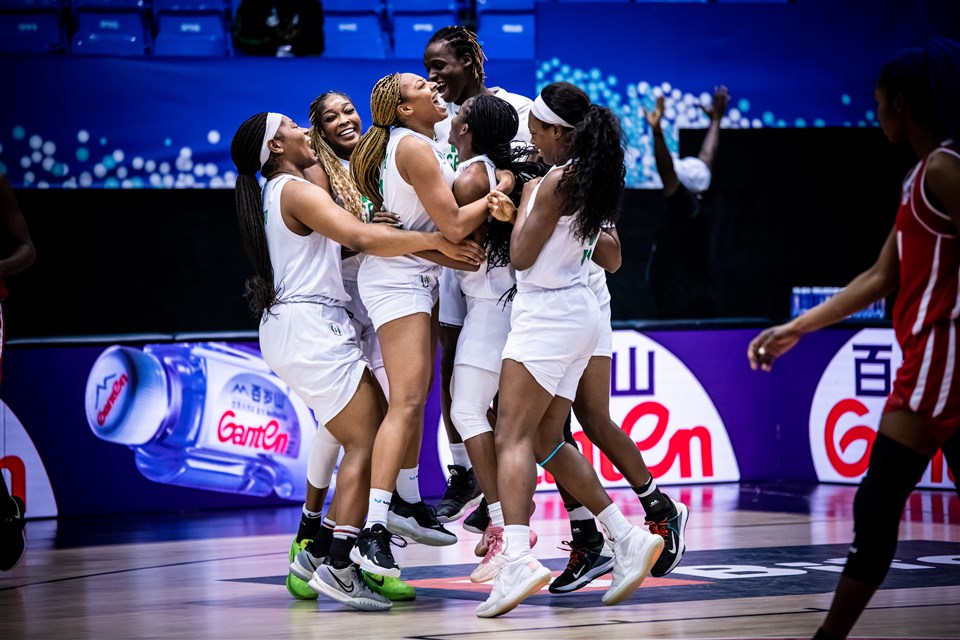 “But seriously, hats off to Mali and their undying effort. Credit to their coach who did such an amazing job and Mali almost flipped the script.”

“But our girls took the punch and we’re off to Sydney – we’re just happy about that,” he added.

Watch the highlights of the breathtaking match below courtesy of FIBA:

‘Destined to rule the world’

Sports Minister, Sunday Dare, while congratulating the team, praised them for doing the nation proud and showing dogged determination in all their games.

Also, a factional President of the Nigeria Basketball Federation (NBBF), Mr Igoche Mark, saluted the astounding performance of the D’Tigress in a statement immediately after their victory against Mali.

Saluting the African Champions, Mark said the victory of the team means that the ladies are destined to rule the world.

“Champions of Africa, you have done it again, your victory today against Mali was astounding.

“Your performance in this qualifier is a testament to the fact that you’re destined to rule the world.

“Thank you ladies for putting the negative past behind you. Continue to excel as Champs!

“Let me assure you, under my leadership, Basketball will become the number one sport in Nigeria,” Mark stated.

He assured the girls that they will surely participate at the FIBA World Cup in Australia later in the year, advising the team to disregard contrary reports about the nation’s withdrawal from the tournament.