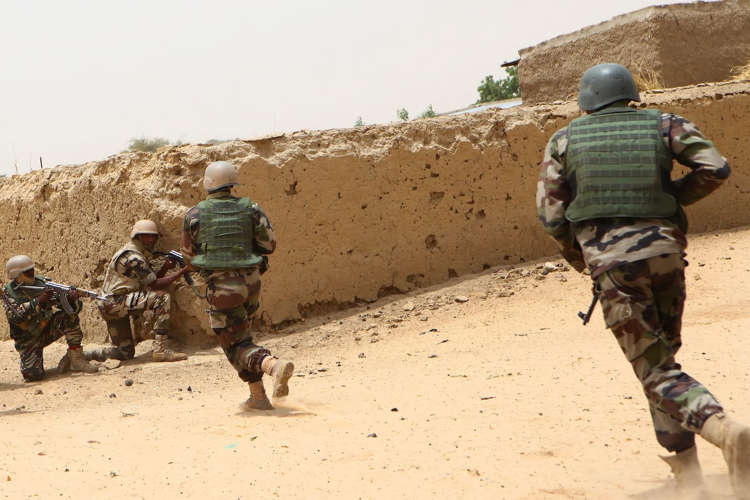 Bandits who stormed Sabon Tasha GRA in Chikun Local Government Area of Kaduna State in the wee hours of Saturday fled when soldiers responded to a distress call.

The armed gang had initially set a house on fire after failing in its mission to abduct the owner.

Daily Trust gathered that the bandits invaded the community around 12:30 am Saturday but soldiers intervened shortly after.

The reportedly engaged the soldiers in a shootout but eventually bowed to the superior firepower of the troops.

A resident, who simply identified himself as Benjamin, said the bandits had set a house on fire and were about carrying out a house-to-house raid when soldiers arrived.

“We thanked God the Soldiers arrived on time, if not the story would have been bad because they (bandits) came to pick the house owner but fortunately ‎the house was empty and the bandits set the house on fire out of frustration,” he said.

Daily Trust also gathered that the bandits attacked the community two days ago and took away a man, his wife, and ‎daughter.

Our correspondent also gathered that the gun duel which lasted for an hour between the soldiers and the bandits caused tension in the community.

The State Police Command Public Relations Officer, ASP Jalige Mohammed couldn’t be reached for comment at the time of this report.