Another police station razed in Abia

Hoodlums have burnt down a Police Station in Bende Local Government of Abia State. Daily Trust gathered that yet to be identified gunmen stormed the… 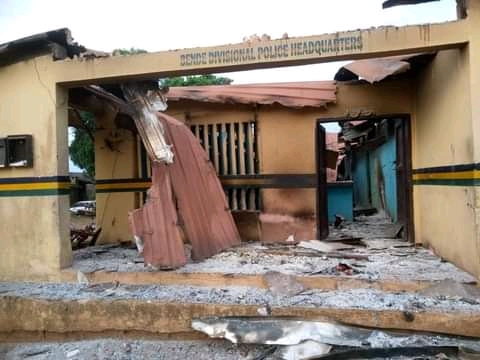 Hoodlums have burnt down a Police Station in Bende Local Government of Abia State.

Daily Trust gathered that yet to be identified gunmen stormed the police station in the early hours of Thursday.

The attackers were said to have burnt all the vehicles parked in the station before razing the building.

The police station is situated at the outer gate of the LGA headquarters and less than 10 metres from the LGA field.

“We heard series of gunshots, and when we rushed outside, we saw the station on fire,” a resident said.

Ukeje spent 12 years at the house of reps.

The attack on Bende Police Station comes less than a weeks after gunmen razed the Ubani Market Police station, still in Bende LGA.

The outlawed Independent People of Biafra (IPOB) has been blamed for these attacks but the group has denied being responsible.

Editor’s note: This picture was used for illustrative purposes