Chris Finebone, a long-standing ally of former Minister of Transportation,  Rotimi Amaechi, has dumped the All Progressives Congress (APC) for the Peoples Democratic Party (PDP). 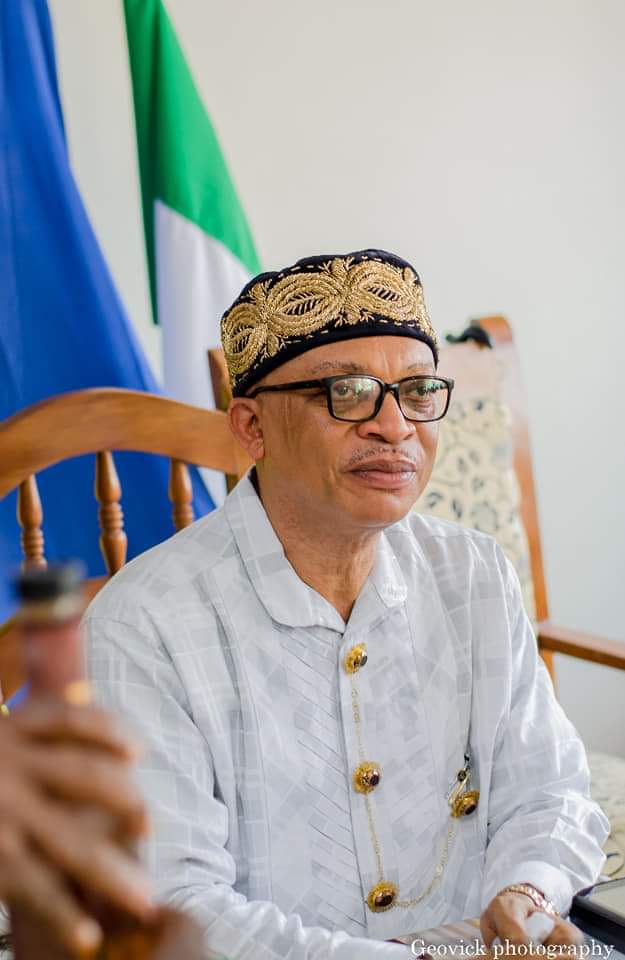 Chris Finebone, a long-standing ally of former Minister of Transportation, Rotimi Amaechi, has dumped the All Progressives Congress (APC) for the Peoples Democratic Party (PDP).

Finebone, who was the publicity secretary of the APC for years, confirmed his defection to Daily Trust in the early hours of Friday.

However, he did not give any reason for his defection. On his verified Twitter account, Finebone said,”Similanayi Fubara , PDP governorship candidate is my brother; know it and know peace!”

The development comes amid the alliance between Governor Nyesom Wike and chieftains of the APC.

Baring last-minute change of plans, Femi Gbajabiamila, speaker of the APC-controlled House of Representatives, would commission some projects in Rivers today.

During the commissioning, Wike, who is having a running battle with the PDP, under whose platform he was twice elected governor, fired indirect shots at his party.

During Wamakko’s visit, the Rivers governor had said effective leadership was not about political party, stressing that he would still perform well outside the PDP.

Coincidentally, Wike and Amaechi came second in the presidential primaries of their respective parties.

Wike had indicated interest in the PDP Vice-Presidential slot, but Atiku settled for Governor Ifeanyi Okowa of Delta State.

This had thrown the opposition party into another round of crisis, with PDP leaders making efforts to reconcile the duo.

Last week, Atiku and Wike sat together at the residence of Jerry Gana, a former Minister and key PDP member, but the reconciliation talk is yet to yield the desired results.

It is unclear if Finebone’s latest political move has the blessing of Amaechi, the APC leader in Rivers.

In an interview with a national paper, a loyalist of Amaechi had said the alliance of Wike and APC Chieftains could make the former minister return to the PDP.

Amaechi is among the G-7 politicians that staged a walkout of the PDP Convention in 2013, a move that political pundits said contributed to the party’s loss of its 16-year dominance at the centre.

Atiku had led the move at the time and the G-7 politicians teamed up with the APC to wrest power from the PDP.

Wike, who once served as Amaechi’s Chief of Staff, succeeded Amaechi as governor in 2015, but they have maintained their rivalry even before the emergence of the incumbent Rivers governor.