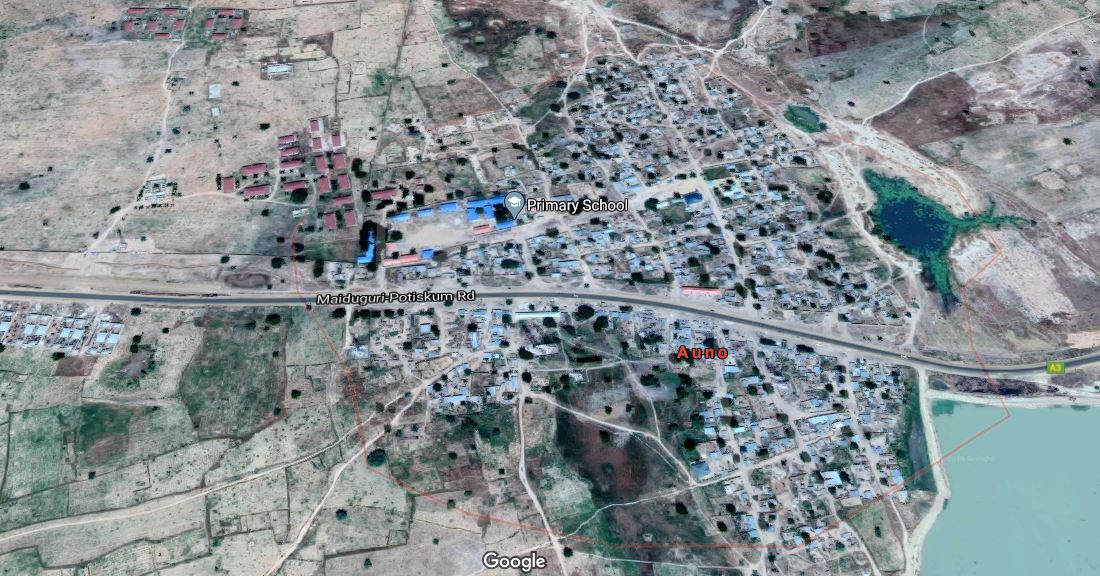 Borno State Governor Babagana Zulum is setting up office at Auno village for a ‘temporary relocation’ in order to forestall future occurrences of attacks on the community by Boko Haram terrorists.

Auno, a small town in Konduga Local Government Area of the State and situated along Maiduguri-Damaturu Highway, had been repeatedly attacked by Boko Haram insurgents.

In February, Auno, came under heavy attack by Boko Haram leading to deaths of 30 passengers, a carnage that attracted a sympathy visit by President Muhammadu Buhari to Borno state.

As a result of the series of attacks on the town, many of its residents have continually fled into Maiduguri the state capital.

The Governor’s community outreach office at Auno is to attract increased security and rebuild public confidence in the village.

The Governor gave the directive for the building of the Auno outreach office on Saturday during an assessment tour of ongoing projects in the village.

Zulum, who currently operates two offices at the Government House and the State’s Secretariat (for stopping workers’ absenteeism and lateness), is said to have promised to be, from time to time, using the office when completed.

“The new outreach at Auno will not be only an office, but will also be a place he will be operating for the purpose of having direct interactions with the residents at Auno, and nearby communities in Konduga and Kaga local government areas,” Zulum said.

According to him, Auno was a strategic town but due to the lingering security situation in Auno, most of the population have relocated to Maiduguri.

“Auno is only six kilometers away from the Borno State University, dislodging Auno would mean dislodging Maiduguri which has more than half the population of Borno.

“We have to take measures to secure Auno like we should do for all parts of the state. I am establishing a community outreach that will be used by me and I will be regular here,” Zulum said.

The Governor while addressing a very few people left in the town directed the Ministry of Reconstruction, Rehabilitation and Resettlement to immediately provide food items and cash amount to those currently living in the town.

“While fighting against COVID-19, we have to be very careful of other sectors, Auno is an agrarian community, and it is now a rainning season, people need to go back to their farmlands. Most of the people in Maiduguri use to farm in Auno, it is therefore, imperative on us to focus more on Auno in terms of security provisions.”

Among the projects the Governor assessed include two 500-housing units – one in Auno and the other in neighbouring Njimtilo village that is also located along the Maiduguri/Damaturu Highway.