Bode George: I’m shocked Osoba linked my criticism of Tinubu to my imprisonment 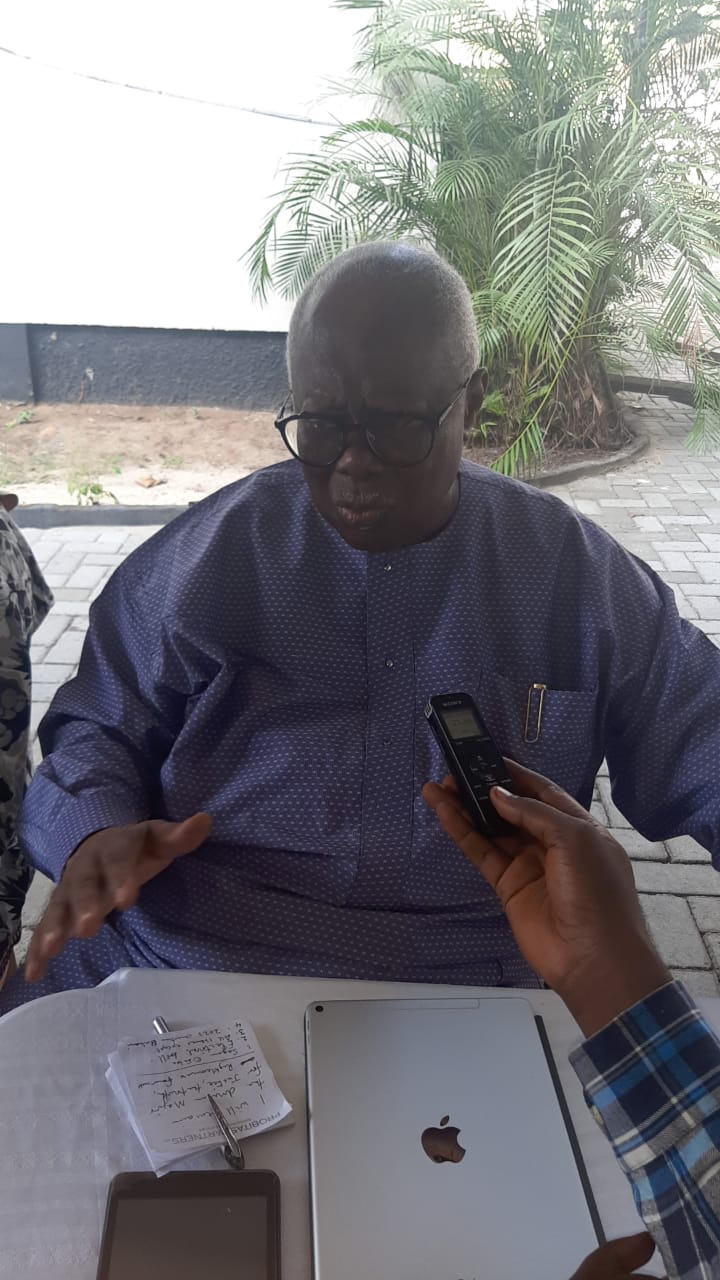 Osoba had in response to George’s rejection of Tinubu’s declaration for Presidency stated that the PDP leader believes Tinubu has a hand in his incarceration.

Daily Trust reports that George was incarcerated for about two years after he was jailed by a High Court in Lagos over corruption charges relating to his tenure as the Chairman of the Nigerian Ports Authority (NPA).

The judgment was upheld by the Court of Appeal before it was dismissed at the Supreme Court.

Addressing a press conference at his Lugard Avenue office on Monday, George stated he has nothing personal against Tinubu or any other candidate.

But he reiterated that Nigerians must be concerned about the character of people agitating to lead the country.

According to him, Tinubu who allegedly hid his true origin, age and certificates is not fit to be the President of the country.

He said the comment by Osoba was to divert attention from the substance of the issues he raised against Tinubu.

“Mr. Osoba, if you did one percent of what Bola Tinubu did in Lagos, you will never be able to go back to Ogun State,” George said.

George also challenged Tinubu to a debate over his claims against him or he should take him to court if his comments about him were false.

He describes his incarceration as a trial from God which no human is not immune to.

He said, “If God takes you, if he loves, he would take you through that tunnel of tribulations to test your faith in him and how strong you are. If you are not strong, he would strengthen you if you still believe him. But is that the issue at hand? I’m shocked Chief Segun Osoba would say that. Why are we covering up something that is absolutely unacceptable in a civilised state?

“What we are saying, am I lying? We know who Chief Segun Osoba is. We know which secondary school he attended. I remember he came to do Diploma in Mass Communication in UNILAG. We knew him at Methodist Boys’ High School here. Did he start an Alpha Beta Company equivalence in Ogun State to be siphoning the money of Ogun State people?

“Why didn’t he do that? What I am saying, if I am lying, let Bola Tinubu come out. You want to be President of this country and you are asking us not to know about your background? What’s wrong in telling the truth?

“If somebody is telling us, ‘trust me, I want to be the Head of your country, okay fine. What have you done? You told us, ‘this is your name’ but we found out this is not your real name. I went to his village, I was campaigning all over the place, I know his father’s house in Iragbiji.

“Tell us, you are from Iragbiji, does it matter? Who is Ogundele, is that not his real name? Where did he pick up this Tinubu?”

George also spoke on the recent statement by the Northern Elders’ Forum (NEF) that they cannot afford another Buhari in 2023, saying the Northerners were invariably telling Tinubu that they don’t want him.