A blogger, Desmond Ike Chima, accused of publishing a malicious report about the Managing Director of United Bank for Africa (UBA), Mr. Philips Oduoza, has… 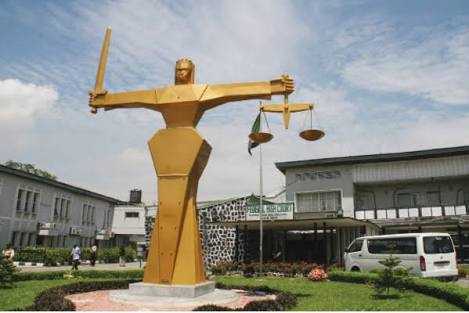 A blogger, Desmond Ike Chima, accused of publishing a malicious report about the Managing Director of United Bank for Africa (UBA), Mr. Philips Oduoza, has been granted bail by a Federal High Court in Lagos.

The blogger was admitted to bail on Friday, after his lawyer, Ndamdi Mofunaya, argued and moved his bail
application.
Chima was granted bail by Justice Mohammad Yunusa who admitted him to bail in the sum of N3 million with two sureties in like sum.
Justice Yunusa also ordered that the sureties must have landed property within the jurisdiction of the court.
The accused blogger was on November 2, arraigned before the court on a two-count charge bordering on Cybercrime by the Special Fraud Unit, SFU, of the Nigerian Police Force.
The prosecutor, Henry Obiazi, told the court that the accused and others still at large in March 2015, in the Ojodu area of Lagos, "knowingly or intentionally sent or published an article on the internet by means of computer, entitled ‘Randy
UBA MD, Philips Oduoza in adultery mess…Romance Star Actress Genevieve Nnaji’, for the purpose of causing annoyance, inconvenience danger, obstruction, insult, injury,criminal intimidation, enmity, ill will or endless anxiety to the said Philips Oduozu, and thereby committed an offence punishable under section 24(1)(b) Cybercrime (Prohibition
Prevention) Act, Laws of the Federation, 2015.
The matter was adjourned till February 16, 2016 for trial.