A Kano High Court (Appeal Division) has reserved judgement on two appeal cases of blasphemy before it. The cases were those of 22-year-old Yahaya Aminu… 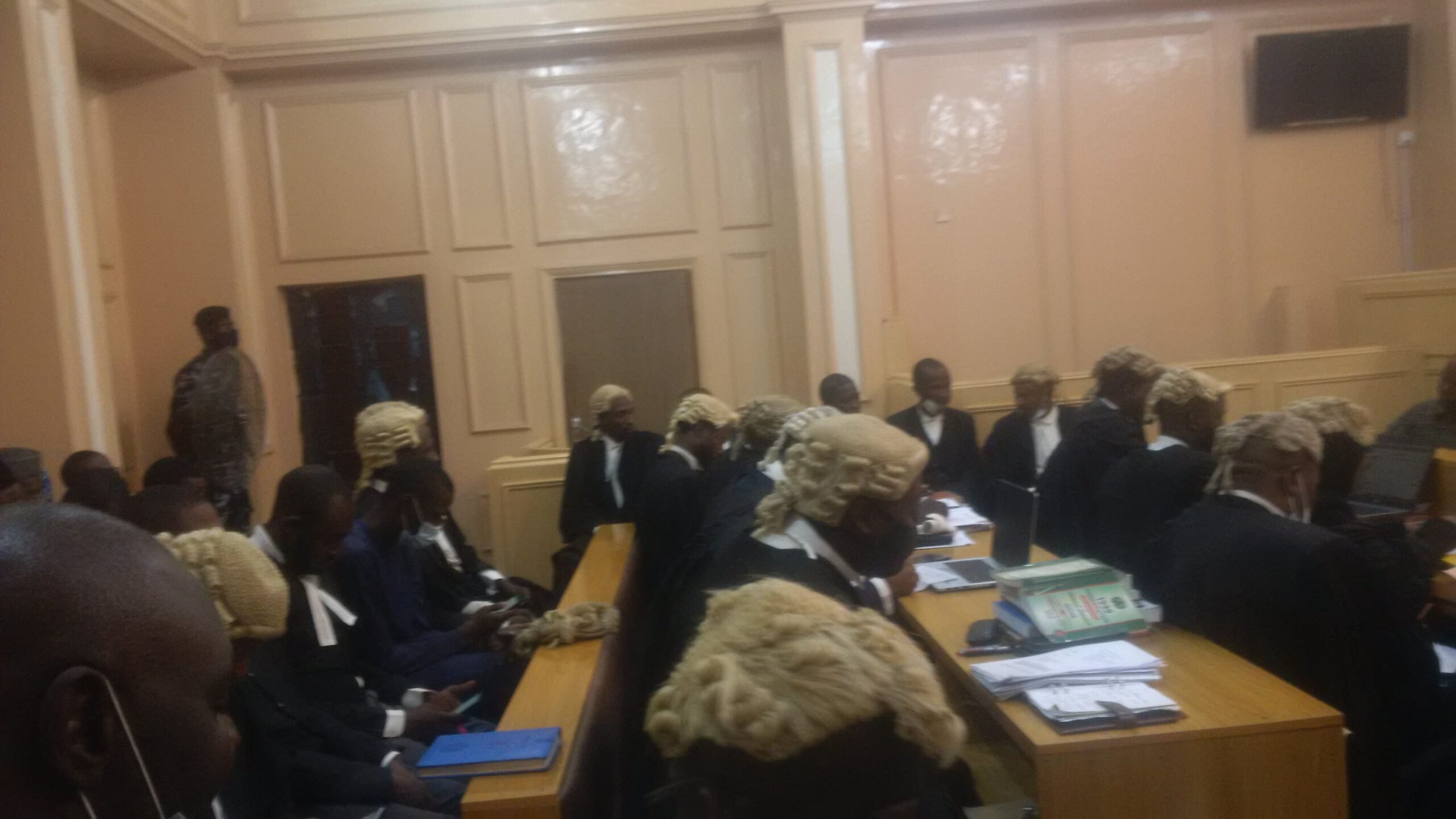 A Kano High Court (Appeal Division) has reserved judgement on two appeal cases of blasphemy before it.

The cases were those of 22-year-old Yahaya Aminu Sharif sentence to death by an Upper Shariah court and a 13 year old boy Umar Faruk sentence to 10 years imprisonment.

At commencement of the court sittings on Thursday, the appellant counsels led by Barrister Kola Alapinni urged the court to set aside the judgement of the lower courts on grounds that their client was not given fair hearing just as the procedures in which he was tried violated the constitution of the federation.

On her part, the state counsel, Barrister Aisha Mahud urged the court to affirmed the conviction of the lower court and dismiss the appeal.

In his ruling, the presiding judge, Justice Nasiru Saminu said judgement is reserved and a date will be communicated to both parties.

Tight Security at the Court
There was tight security around Kano High Court premises on Thursday as the Court commence sitting on two appeal cases.

The court had fixed Thursday, November 26, 2020 for definite hearing in the two cases after the earlier adjournment following the inability of the Appellant lawyers to attend the court sitting.

At the court’s last sitting in October, the appellant lawyers who were to come in from Lagos could not do so ‘due to some challenges’ the court was told so through one Zubairu Suleiman Usman (not a lawyer) who stood up when the case was mentioned.

The respondents lead lawyer, the attorney general of Kano state, Musa Abdullahi Lawal told the court of their intention to file an application to enable them serve the appellants through substituted means so that they can respond at next adjourned date.

In his ruling, Justice Nasiru Saminu acknowledged that the #endsars riots in Lagos then and due to the sensitive nature of the case also accepted the message sent through the messenger before adjourning the matter to November 26 for definite hearing.

How the singer bagged death sentence

Daily Trust reports that Aminu committed the offence via a WhatsApp post on February 28, 2020, in which he called the Holy prophet a ‘mushrik (proclaiming other gods)’.

A mushrik, according to askislampedia.com, “is a person who believes in another deity together with Allah The Almighty, and who demonstrates this by dedicating acts of worship, such as kneeling, prostration, supplication, slaughtering or any other act of worship, to a being other than Allah The Almighty.”

Other online definitions said the term is used interchangeably with the word kafir, an Arabic word meaning infidel or unbeliever.

The prosecutor, Inspector Aminu Yargoje, told the court that the said post was intended to create ill feelings among the Muslim faithful in the state.

Human rights lawyer and Senior Advocate of Nigeria (SAN), Femi Falana, has petitioned the African Commission on Human and Peoples’ Rights in Banjul, The Gambia, over the death sentence passed on the Kano singer, Sharif Yahya Aminu.

Falana asked the Commission to exercise its mandates and authority under the African Charter on Human and Peoples’ Rights and pursuant to the commission’s order 100(1) Rules of Procedure, 2020.

Falana in the petition dated 8th September 2020, states: “I am writing to you on behalf of Sharif Yahya Sharif to ask the Commission to consider this request for provisional measures. The request is submitted in conjunction with our communication on behalf of Sharif Yahya Sharif convicted and sentenced to death for blasphemy in Kano State of Nigeria.

“When the petitioner informed the Court that he could not afford and secure the services of a lawyer to defend him, the Court ordered the Legal Aid Council to assign him a lawyer so that the petitioner could enjoy access to legal representation.

“An appeal at the Kano State High Court against the conviction and death sentence imposed on the petitioner has been filed, but we submit that the petitioner will not enjoy a fair hearing, as he continues to face imminent execution by hanging.

“Nigeria is a state party to the African Charter on Human and Peoples’ Rights but there is a growing crackdown on human rights including the rights to freedom of expression, peaceful assembly, and attack on the rule of law.”

Falana therefore noted that Nigeria has deliberately and willfully disregarded the request by the African Commission to the effect that African countries, including Nigeria that still retain the death penalty, should fully comply with their obligations under the African Charter on Human and Peoples’ Rights, and guarantee every person accused of capital punishment fair trial.