Chief Bisi Akande, former interim National Chairman of the All Progressives Congress (APC), has alleged that President Muhammadu Buhari reneged on his promise to run with… 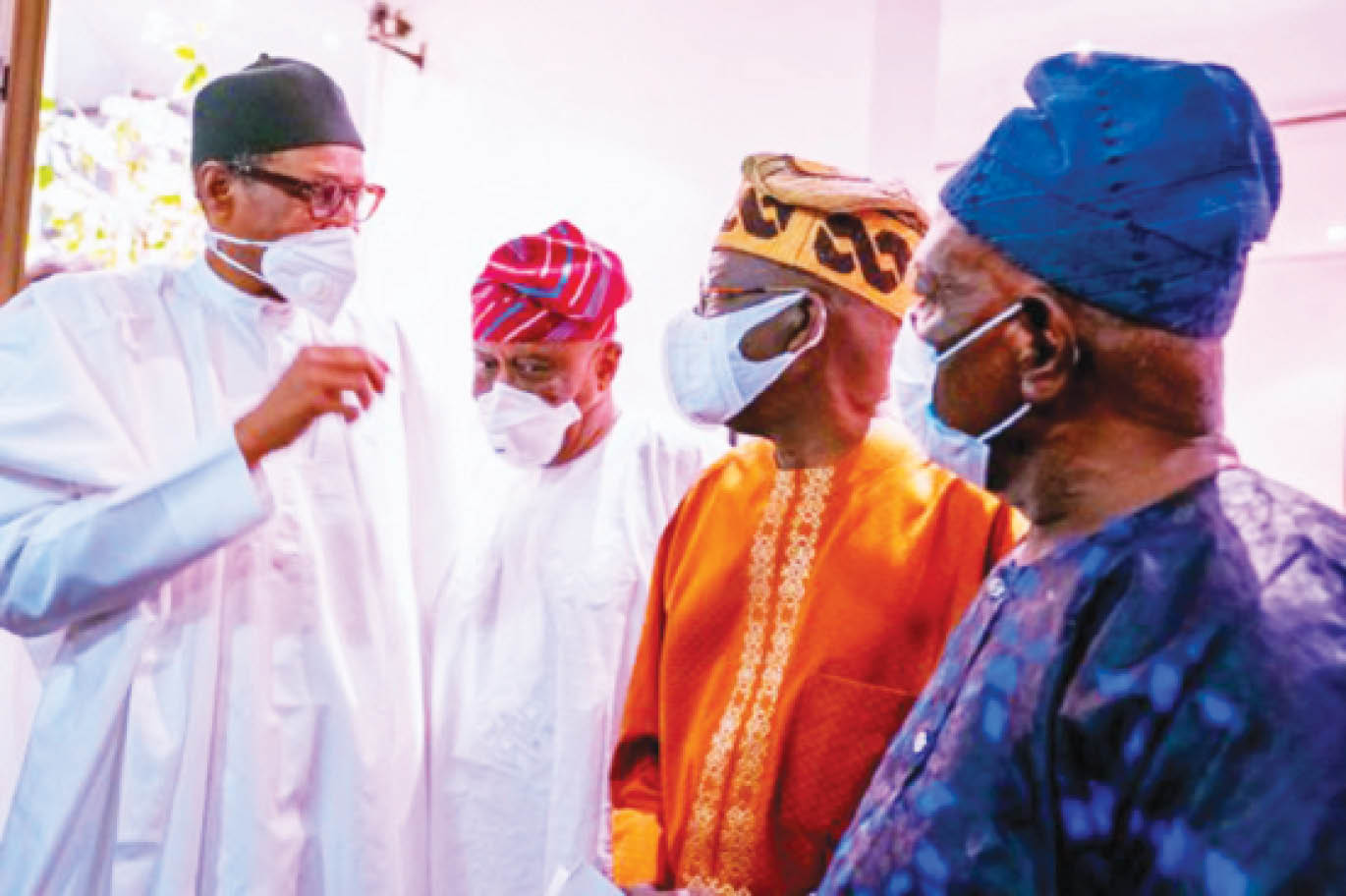 Chief Bisi Akande, former interim National Chairman of the All Progressives Congress (APC), has alleged that President Muhammadu Buhari reneged on his promise to run with Asiwaju Bola Tinubu in 2015.

Akande said this in “My Participations”, his autobiography, which was launched in Lagos, on Thursday.

Buhari was the Special Guest of Honour at the event, which had Tinubu and other APC stalwarts in attendance.

In the book, Akande said Buhari reached out to him to convince Tinubu to be his running mate but he told the president that attention should be on the primary election which had not been conducted as of then.

Akande, a former governor of Osun state, said it was Governor Bello Masari of Katsina that Buhari sent to him.

“In April 2014, I was in Abuja when Buhari called me and asked me to persuade Bola to run with him. Governor Masari was the one who came to call me. When I followed him into Buhari’s private lobby, Bola Tinubu was already seated there.

“So, when Buhari tabled the matter, I cautioned them that this must not get out beyond the four of us. ‘How could he be talking of a running mate when he had not secured the ticket?” I mused.

“I thought such information, if leaked to the general public, might affect the conduct of the party’s congress at the presidential primaries, if not its choice of candidate. I thanked Buhari for thinking so highly of our friend. Bola later told me that Buhari’s emissaries had been coming to him, but he tried to dodge the gesture and not to show interest. We agreed that we would reopen the matter when Buhari had secured the ticket,” he explained.

He said ex-Governor John Odigie Oyegun, who succeeded him as APC chairman, had once asked Buhari in his own presence about the geopolitical zones from where he would pick his running mate.

“He said it was from this list that Buhari would choose a running mate. I objected. I turned to Buhari. ‘General, where are you choosing your running mate from?’ He answered, ‘The South-west.’ ‘Oh! I didn’t know,’Oyegun said. He apologised.

“I didn’t know why Oyegun made that proposition and at whose behest. As the chairman of the party, maybe some people pushed him to do that.

“Then, I called Buhari aside. ‘Is our arrangement still standing?’ I referred him to our discussion in April. He said yes!”

Akande said he later realised that some people had “constituted themselves” into a group, called the Northern Interest Group, and they prevailed on Buhari not to allow a Muslim-Muslim ticket.

“We were all in Abuja and Tinubu rushed to me with this information. He wanted to know whether the understanding we reached with Buhari had changed. I called Buhari and he told me he now needed three names from us. I was angry with him.

‘‘General, this was not what we agreed upon,’ I said in annoyance. ‘You are changing our agreement?’ He knew I was getting angry. He said he was under pressure from some governors from the north, including those who were Muslims. I told him the slot belonged to the South-West and among the Yoruba, religion is not a factor in leadership,” he said.

“Oshiomhole was surprised about the narration. ‘If indeed you promised to make Asiwaju your running mate, it would not be fair to renege,’ he said. Buhari now said he never meant it that way. What he meant originally was that Tinubu should partner with him.”