Mikel Arteta believes Arsenal are in a good place to hire the world’s best players. Sitting top of the Premier League table and definitely the… 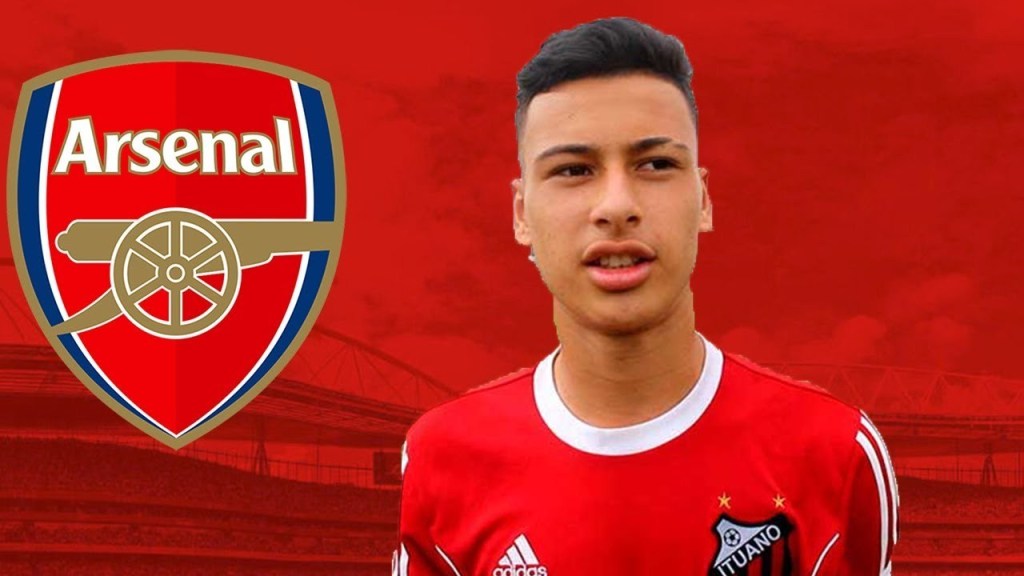 Mikel Arteta believes Arsenal are in a good place to hire the world’s best players. Sitting top of the Premier League table and definitely the team to beat, Arteta is focusing on moving for another winger in the upcoming transfer window. He commented, “The planning for January is very difficult. We know how special the January window is and the opportunities are limited due to the short period when we can sign players. Once you find a player they have to immediately compete so there is no settling in period.” Arteta was calm when questioned about the contracts of Saka, Martinelli and Saliba and he is hopeful they will sign new deals immediately after the World Cup finishes. All three have current deals which end in 2024 but all parties are working well together and Arteta is confident they will commit their futures to the Gunners.

The World Cup being staged in the middle of the league season has presented many mcoaches with problems. Chelsea head out to Abu Dhabi on Sunday however planning the warm weather training has been difficult. Players not involved in the World Cup were given a short holiday period and returned for training on Tuesday. Coach Graham Potter is lucky to have some of his key players available including Wesley Fofana and Reece James who have recovered from injuries. He believes it will take some weeks for players to recover from the World Cup and if England do win there will be a period of celebration which means they will be away for much longer. Potter said, “Emotionally how long does it take to get over the tournament? It could take weeks. There will be open-top buses, TV interviews and public appearances. It could take us some time to get back on track and have our players focused.” Whilst in Abu Dhabi, Chelsea will take on Aston Villa in the CBF Al Wahda Challenge Cup on Sunday December 11th. Reece James is arguably the player who Potter needs most with his domination of the right-hand side of the pitch, protecting defenders and creating opportunities for his strikers. Chelsea only won one of their six Premier League matches without James.

Lampard and Everton need another striker

Everton coach Frank Lampard is in discussions with the club management to improve their striking force. Richarlison’s sale to Tottenham Hotspur for £60million and constant injuries to Dominic Calvert-Lewin have left them short up front. Everton have scored only 11 goals in 15 matches so far this season. Senegal’s Boulaye Dia is top of Lampard’s list and the striker is currently on loan from Villareal playing in Italy’s Serie A at Salernitana and is valued at £17million. The Toffees have recorded only one victory in their last eight matches and the World Cup break has given them some breathing space. The team is currently in Australia playing in the Sydney Super Cup. Everton have failed to score in five of their previous Premier League seven matches. Ghana’s Mohammed Kudus is being watched at the World Cup by Everton scouts and he scored twice against South Korea. Canada’s Jonathan David is also on Lampard’s radar.

Love him or hate him, you cannot ignore Cristiano Ronaldo. Following his acrimonious split with Manchester United the removal lorries arrived at his home in Manchester and his next stop is possibly the Saudi Arabian club Al-Nassr who play in the capital Riyadh. I am told Ronaldo’s Portugese agent Jorges Mendes is discussing a two-year contract worth a staggering 174million. Mendes has been Ronaldo’s agent since he played as a youngster at Sporting Lisbon. The new contract will include playing, sales, interviews and representing AlNassr. When Ronaldo signed for Manchester United their shirt sales rose 600% and brought into the club £13.5million in revenue. Ronaldo is anxious to continue playing into his forties and Al-Nassr have guaranteed him that if he signs and stays he will be able to do that. He will not be appearing in top flight elite football any longer however he is being offered such a staggering salary no European club could hope to match it.

Leicester manager Brendan Rodgers has lost his key assistant Kolo Toure who has joined Wigan as their manager. The 41-year-old first team coach has been No1 for Rodgers during the past three years. Wigan are in the relegation zone of the Championship league and originally offered their coaching position to Tottenham’s academy coach Ya Ya Toure who is Kolo’s brother. Losing Toure is not Brendan Rodgers only problem because his star player James Maddison revealed to England players Nick Pope, Kieran Trippier and Callum Wilson that he had been approached by Newcastle in the summer. Leicester turned down two offers of £40million and £45million. After making enquiries I have been told that Newcastle might return and try to sign him again in the January transfer window and he is the one player Rodgers cannot afford to lose.

Arsenal’s Bukyako Saka has won a new fan at the World Cup. Manchester City’s Jack Grealish has been voicing his huge respect for Saka. Not only is he very impressed with the youngster’s ability on the field but also says he is great off the field. He said this week, “Saka is the best kid actually. I told his dad this week ‘I love your son! He’s the nicest kid ever but he’s got a little bit of banter as well. He’s a funny man. He’s laid back when we train and in the dressing room and when we are all together but also very funny with a great sense of humour.”

United to recall youngsters out on loan

Manchester United are excellent when it comes to improving their young talent and are careful to select which clubs can loan their players. The directors at United are concerned that although wing back Diogo Dalot has remained injury free for two years they are not happy with his cover should he receive a knock. Right-back Ethan Laird is on loan to Championship club Queen’s Park Rangers but the 21-year-old will be recalled after the World Cup. Laird played more minutes during pre-season than Aaron Wan-Bissaka and started a friendly against Spanish side Rayo Vallecano. Wan-Bissaka is not wanted by coach Erik Ten Hag and is earmarked for a transfer in January. He has not started for United since April and his only appearance since then has been as a late substitute in the win against Liverpool. Dalot has started all matches this season except for a suspension and United want a right back specialist to cover for him. Brandon Williams is another possibility however he has been injured and has started only twice in the Premier League and spent last season on loan at Norwich. United travel to their warm-weather training camp next week. Another loan player likely to return is the young striker Amad and his chance comes now Ronaldo has gone. He has scored three goals on loan to Sunderland in League One. The youngster is on Ten Hag’s radar because he is left-footed and the coach is known to want more attacking options from the left.