A leading Public Relations Consultant, Pop Culture Enthusiast and Founder/CEO of BHM Group, Mr. Ayeni Adekunle, has emerged one of the panellists at the Social… 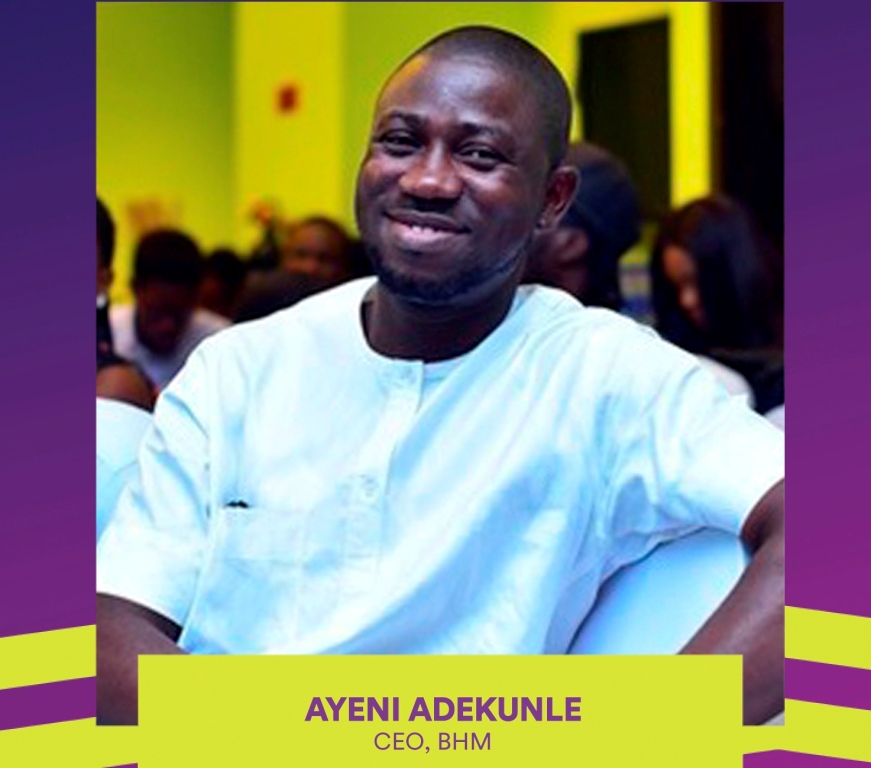 A leading Public Relations Consultant, Pop Culture Enthusiast and Founder/CEO of BHM Group, Mr. Ayeni Adekunle, has emerged one of the panellists at the Social Media Week Lagos holding in Lagos next month.

He is expected to join other notable names as they explore issues relating to how entertainment and consumer experiences have helped shaped the African narrative from a positive perspective at the event.

A statement from the firm said Ayeni will be joined on the panel by Advertising guru, Steve Babaeko; Comedian, Basketmouth; Channel Manager, MTVbase, Solafunmi Oyeneye and Talent Manager, Ernest Audu.

“They will be discussing “Music, Content & Consumer Experiences: Changing The African Narrative” during the session that will be hosted by MTVBase presenter, Folu Storms.

“The panel discussion, sponsored by Viacom International Media Networks Africa, the parent company of MTVBase, popularly known for promoting African music and entertainment, is expected to explore how the Nigerian entertainment industry is expanding on the global stage.

“Since starting BHM, Ayeni has worked with some of the biggest brands in the Nigerian market and has also been invited to speak at various conferences and workshops including Lagos Business School, Pan African University, PRCAN, APRA Mauritius, The Network Conference, British Council, The Dangote Group, Creative Enterprise among many others.

“He has also served as a consultant to various multinationals in Nigeria including Nigerian Breweries, MTN, MultiChoice and Viacom International Media Networks, among others.

“In 2015, he founded the digital communications and content marketing agency, ID Africa, following up in 2017 with the consumer tech product, Plaqad, a content exchange platform providing opportunities between marketing professionals and business owners, web and social media platform owners in an easy, affordable marketplace.

“In 2018, the group launched Africa Creative Foundation (ACF), a not-for-profit organisation set up to drive the actualization of its dreams for the industry.

Commenting on his nomination as a panellist on Thursday, Ayeni said, “I look forward to exploring the discussion around new technology and the disruption of the consumer media industry, especially in the face of changing perception, where consumer experiences are helping to shape the new narrative.”

In his reaction, the Convener of Social Media Week, Toby Daniels said, “The stories we tell, consume and share have the potential to shape who we are and what we become.

“Given its scale, social media has become the world’s most influential storytelling platform. Whatever form they take, the stories we tell through social media have the power to reach and influence more than 60% of people on the planet.”

Daily Trust recalls that Social Media Week Lagos is an annual week-long conference, and the focus for 2019 is “STORIES: With Great Influence Comes Great Responsibility”.

The event will feature a central stage for keynotes and panels, multiple rooms for workshops, master classes and presentations, and an area dedicated to co-working, networking and interactive installations.