Sweet potato is tropical herbaceous plant which, by the nature of its temperature requirement, can be grown throughout Nigeria. States like Kaduna, Kano, Zamfara, and… 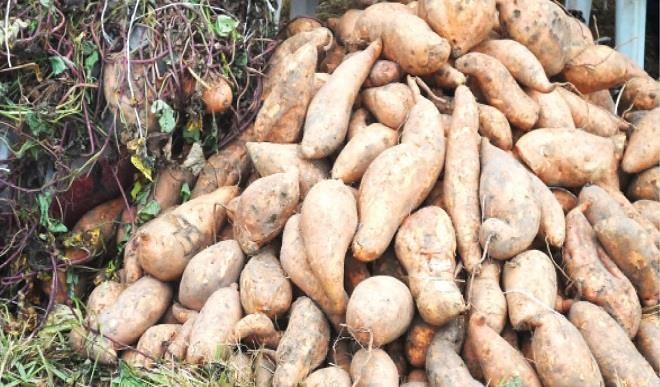 Sweet potato is tropical herbaceous plant which, by the nature of its temperature requirement, can be grown throughout Nigeria. States like Kaduna, Kano, Zamfara, and Sokoto in the North-west are currently leading in its production in the country.

“It requires a soil that is sandy loam; a soil a little bit high in organic matter but that has sand. Because it is a tuber crop, it requires a soil where the tuber can easily grow very well in the soil. Under heavy soil, it may be very difficult for the tubers to grow,” he explained.

On planting season, the agronomist noted that sweet potato can be grown both during the dry season and the rainy season, adding, however, that when temperature is very low, it is not advisable to plant because it may not do well.

“For rain fed farming, planting could be done from May to September while irrigated production is from September to December,” he added.

He, however, noted that one of the constraints to sweet potato production is the planting material.

“Unlike yam and Irish potato which you use the tubers as planting material, for sweet potato you use vines (stems),” he said.

The professor explained that farmers could plant tubers and leave them to sprout for six to eight weeks to get the vines needed for transplanting. The vines should then be cut into about 20cm cuttings with at least two nodes, and placed on a ridge of 30cm to 50cm at a depth of 2cm to 3cm.

“Sweet potato does not withstand weed competition during the early crop’s life, therefore, keep the field weed free during the first six weeks after planting. Pre-planting herbicides such as Roundup or Floumeturon at 5 litres per hectare can be applied,” he added.

On storage, Prof. Babaji advised that sweet potatoes can be left underground, because it has a short shelf life and harvested when the need arises. He, however, pointed out that the Bokolo’ cattle can smell potatoes under the soil, dig it out and consume it.

The don noted that some common local varieties found in Northern Nigeria now are the ‘Dan izala’, and ‘Manja’ which are a newly introduced variety with high vitamin A content. They are also known as the orange-fleshed sweet  potato.

“Most varieties that farmers now use take from three to four months to be ready for harvest. After harvest, sweet potato has a shelf life of about three months,” he said.

Again, he stated that to avoid spoilage, the potatoes can be cut and dried, which some women use in making a local drink, ‘kunun zaki’.

On fertiliser requirement, Prof. Babaji recommended that 40kg of nitrogen, 40kg to 60kg of phosphorus and up to 100kg potassium be applied per hectare.

He outlined that soils in the savanna areas of the country are mostly rich in potassium, so only farms that have long term cultivation need to apply potassium fertiliser.

He added that in case of fungal disease, a fungicide like Benlace, Dithane or M-45 may be used.

“Other pests affecting sweet potato are weevil (larvae) which bore into the tuber. In this case, you need to get improved varieties and employ crop rotation also,” he advised.

On the health benefits of eating sweet potato, Dr. Chris Isokpunwu, Head of Nutrition, Federal Ministry of Health, said it was largely rich in carbohydrates, and also rich in vitamins C, E, A and minerals like zinc and iron.

He said the orange-fleshed which is a newer variety has been bio-fortified with vitamin A and is orange in colour.

Dr. Chris explained that sweet potato can be eaten raw, fried, made into chips and flakes or flour used for making buns, pap and pudding.

“It is a very good source of energy and the fibre level is equally very high which ensures easy digestion, bowel movement and helps in weight control because when there is high fibre in the diet it gives a filling effect and so you don’t have to eat much,” he noted.

The President of the Potato Farmers Association, Chief Daniel Okafor, however, expressed worry that government has not been supportive of sweet potato propagation in recent times.

“The struggle is too much, there are a lot of challenges, and farmers need to be supported if they actually want to boost production and make it worth their effort,” he said.

Speaking about the prospects, he said there was a special starch extracted from sweet potato whose price is very high in the international market.

No immediate response was received from the Federal Ministry of Agriculture when our reporter visited yesterday but a source there said there was no specific policy on sweet potato farming by the ministry this year.

He, however, said potato farmers would benefit from other government incentives like fertilizers and other agro inputs.