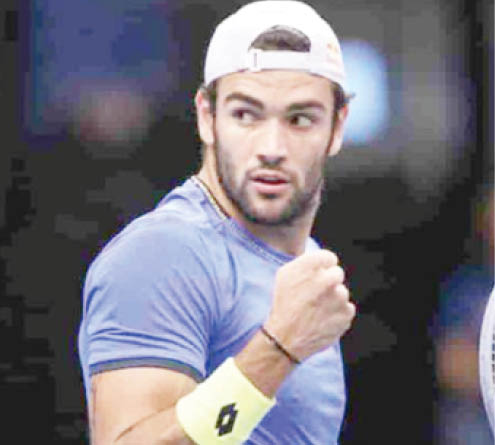 Serbia’s Krajinovic, who had never won an ATP main draw match on grass before this week, beat 2018 champion Marin Cilic of Croatia 6-3 6-3.

The rain further disrupted the Birmingham Classic, with both women’s semi-finals postponed to Sunday (today).

It will be a fifth ATP final for world number 47 Krajinovic, who smiled broadly as a long Cilic backhand confirmed his place in the final.

He has never gone beyond the first round at Wimbledon in four main-draw appearances.

“To be honest, I don’t like to play on grass and every year, I find a way to skip the tournaments,” Krajinovic said in his on-court interview.

“To come to Wimbledon and lose in the first round for the past 10 years… maybe it’s going to change now and I’m going to start to like it!”

He started stronger against 2018 Wimbledon finalist Cilic, taking advantage of a loose service game from the Croat to break first.

After clinching the first set on a net cord, Krajinovic saved five break points in his opening service game of the second set, before securing an ultimately decisive break of his own.