Real Madrid held onto a 2-1 win over Viktoria Plzen in Champions League Group G action on Tuesday. The nervy win at the Santiago Bernabeu… 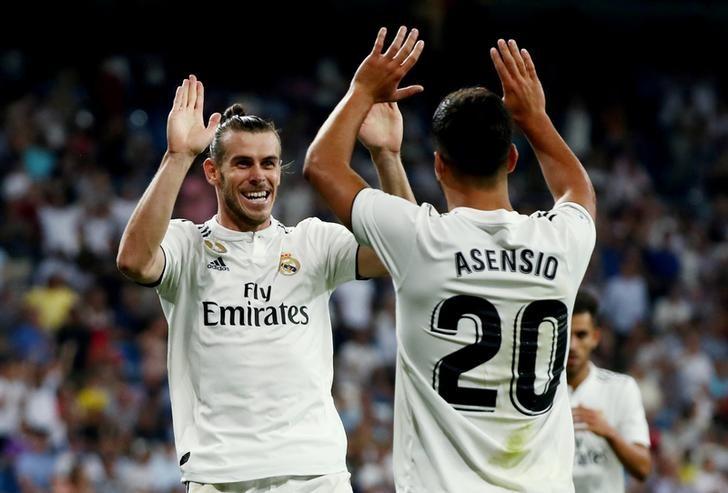 The nervy win at the Santiago Bernabeu will do little to assuage the concerns of the three-time defending European champions, whose recent dip in form has added pressure to beleaguered manager Julen Lopetegui.

The home side could have taken the lead within five minutes of the opening whistle but saw Madrid captain Sergio Ramos’ header bounce off the woodwork.

The Czech champions almost had their chance to steal a goal in the 11th minute had it not been for Keylor Nava’s leg save off Milan Petrzela’s shot.

One minute later, however, Karim Benzema got Real Madrid on the tally sheet with a header into the bottom-left corner off a superb cross from Luis Vasquez.

The remainder of the first-half saw both sides squander golden opportunities to score. Gareth Bale’s would-be goal in the 33rd minute was disallowed due to an offside call and Petrzela once again let a chance slip through when he sailed a cross from six yards out over the bar in the 44th minute.

Marcelo added Real Madrid’s second goal in the 55th minute with a sublime chip over goalkeeper Ales Hruska, thanks to a fine through ball from Bale.

With Madrid seemingly in cruise control, Viktoria answered in the 81st minute when Patrik Hrosovsky followed his touch-and-go with Ales Cermak into the box and fire it past Navas.

The home side, having already made their three substitutions, played the final five minutes with 10 men when Marcelo left with an apparent ankle injury.

With their second win and six points, Madrid sit atop alongside AS Roma in the group. CSKA Moscow, who lost 3-0 to Roma on Tuesday, fall to third place with three points. Viktoria Plzen remain at the bottom with one point.