The Benue State Deputy Governor, Engr. Benson Abounu, has said arrangements are underway to give a befitting mass burial to dead victims of the petroleum… 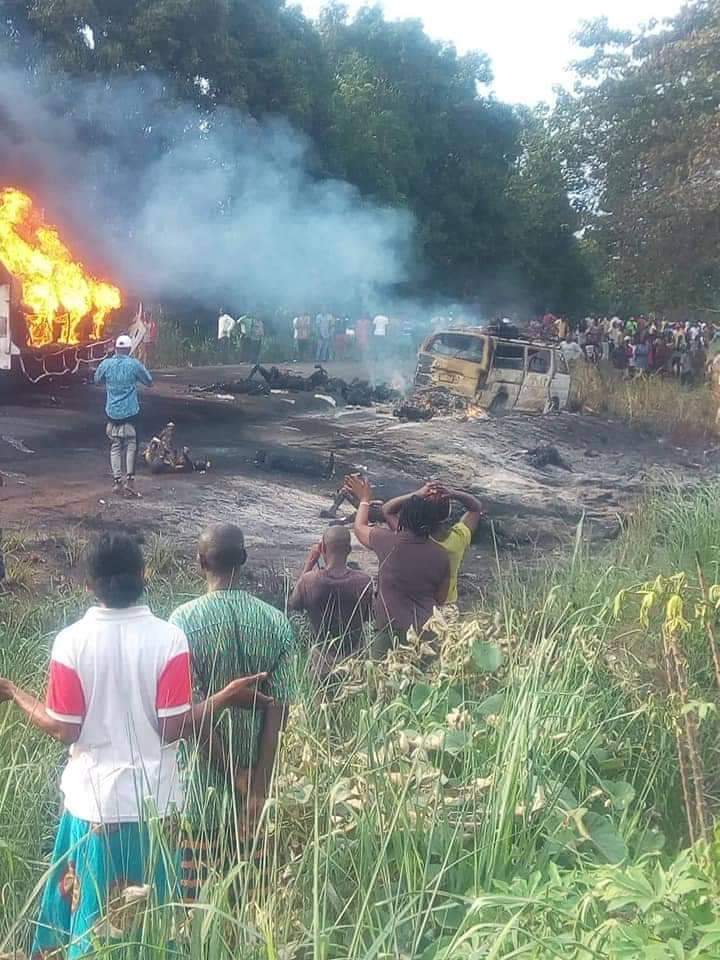 The Benue State Deputy Governor, Engr. Benson Abounu, has said arrangements are underway to give a befitting mass burial to dead victims of the petroleum tanker explosion in Ahumbe village along Makurdi-Aliade-Otukpo highway in Gwer East Local Government Area of Benue State.

Abounu also disclosed on Wednesday that the death toll from the explosion which occurred on Monday had risen to 48, noting that there were still 96 others in various conditions at different medical facilities in Alaide and Makurdi.

He spoke to newsmen in Makurdi shortly after visiting the victims at Federal Medical Centre (FMC), Benue State Teaching Hospital (BSUTH), Bishop Murray Medical Centre and Air Force Hospital, all in Makurdi metropolis of the state.

He said the state government would give mass burial to the victims burnt beyond recognition in the village where the incident happened before night fall today (Wednesday) while those whose relations can identify will be release to their families.

“I’m afraid to say it was not an easy ride. The degree of burns are very alarming. We have a case of 90 percent degree burn struggling for life at the BSUTH. Sadly, it cut across all ages, there are a nine year-old in Alaide hospital and an 11-year old at FMC, Makurdi.

“We have unfortunately experienced more mortality between yesterday and today (Tuesday and Wednesday), bringing the death toll to 48 as I speak now. Over 90 are still receiving treatment but they are in good hands in all the hospitals,” he said.

Abounu blamed the tragedy on the driver of the commercial bus which he said traveled from Cross River State and was headed towards Abuja with occupants, mainly of family members who went to bury their father when the incident happened.

He explained that the driver had refused to heed people’s advice not to manoeuvre his way through the spilled petroleum product on the road, stressing that his insistence to move on even when other vehicles waited brought about the calamity as his vehicle exhaust sparked the fire when it scratched the road-filled oil.

The deputy governor however said that there were survivors among the bus occupants while survivors in other vehicles as well as onlookers in the second explosion included; a corp member from Ondo state who was videoing the incident and two fire fighters.