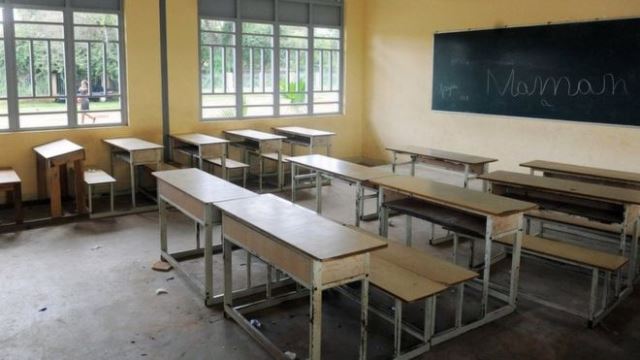 At least, seven female pupils of Universal Basic Education (UBE) Junior Secondary School in Nyiman layout of Makurdi in Benue State have been sent home to their parents after they suffered a spiritual attack popular referred to in Tiv parlance as ‘Iyor genen.’

Our correspondent gathered that the incident, which caused a stir among pupils in the school, occurred separately on Friday and Monday during which period the affected girls manifested symptoms of seizures and shrill cries.

The incident had caused tongue wagging around the town, alleging that the pupils were suffering from a strange ailment similar to what was reported at Vaatia college which was shut down some weeks ago.

But, the Principal of the school, who though confirmed the attacks, however, said she was not competent to speak to journalists about the matter.

The Education Secretary of Makurdi Local Government Area, Sir Patrick Hangem Aese, also confirmed the attacks but dismissed the claims that the affected people were suffering from a strange illness similar to that of the victims of Vaatia college.

Aese rather explained that the spiritual attacks on pupils of the school were common with girls of Tiv ethnicity, especially from particular lineages since the olden days.

“I suggested those affected should go home.

“It’s a common spiritual attack on Tiv girls by their ancestors.

“When one is manifesting, it goes on to attack others who are susceptible.

“But, they will be normal after an hour if they are administered local herbs by those native people who know how to treat the case.

“In Tiv land, it has a particular group of people or lineage which it happens to frequently. It is for selected people not all persons,” he said.

Aese added that attacks were usually triggered by white or red colours, or people wearing clothes of attraction and could be heightened by anger as well as whistling.

“It doesn’t stop them from marrying.

“In a burial ceremony, a great number of girls are affected and it’s uncontrollable at that moment except with the help of hefty men to calm down the sufferers.

“It has no age bracket. In the olden days, it was girls of marriage age but now it cut across all females irrespective of age.”

Also, the Head of Department, Education, at the LGEA, Joseph Iorakpen, said he heard that seven girls came under the demonic attack in the school.