The Miyetti Allah Cattle Breeders Association (MACBAN) in Benue State on Monday disassociated itself from the attempted assassination on Governor Samuel Ortom by gunmen. It… 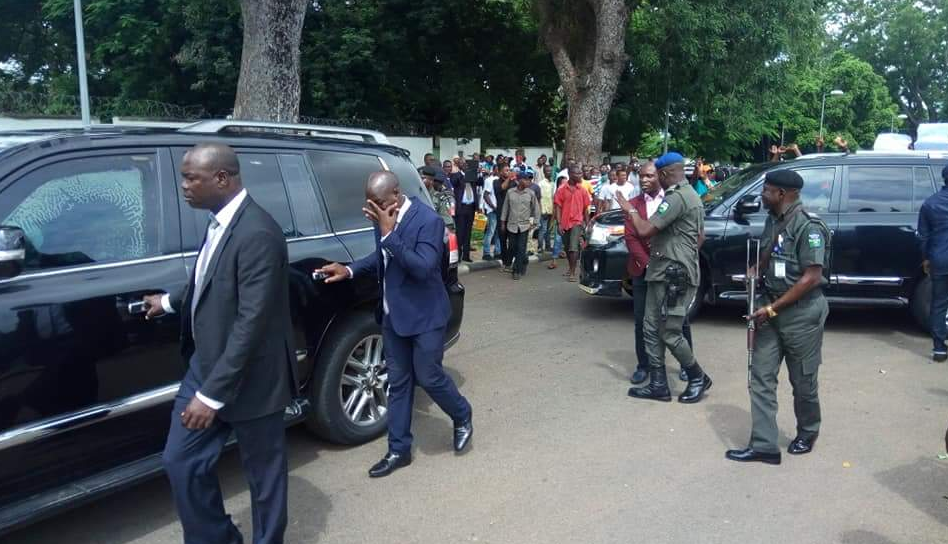 The Miyetti Allah Cattle Breeders Association (MACBAN) in Benue State on Monday disassociated itself from the attempted assassination on Governor Samuel Ortom by gunmen.

It comes as the Christian Association of Nigeria (CAN), on Monday condemned the assassination attempt, charging the security agencies to investigate, arrest and prosecute the masterminds.

Ortom was on Saturday attacked by gunmen while returning from his farm in Tyomu community along Makurdi-Gboko highway of the state.

Addressing journalists in Makurdi, the state Chairman of MACBAN, Mohammed Risku and Secretary, Ibrahim Galma, posited that the association was deeply worried over the attempt made on the governor’s life.

“What happened to Ortom was unfortunate. And we disassociate ourselves from the act. We are not happy about what happened to the governor and we strongly condemned the attack in its entirety.

“We are worried because If as a first class citizen such thing could happen to him, then we are most vulnerable. We have lived peaceful with the people in this state and want to continue to exist peacefully.

“We also want to state that at the area, where the incident happened, our members are not situated there. We can’t account for any of our members there. We, therefore, urge security agencies to trace the criminals and deal with them decisively.

“Any herder found with AK-47 is a criminal not our member and should be dealt with. We are living peaceful with Benue people and want to continue to coexist harmoniously,” the association said.

The MACBAN chairman further noted that the activities of the criminal elements was also affecting them adversely, stressing that they are mostly victims even as he prayed that God will continue to protect the governor and expose all the criminals.

The CAN General Secretary, Joseph Bade Daramola, said in a statement that the association was worried, sad, and pained at the collapse of the security architecture of the government and the failure of those in charge to rise up to the security challenges.

According to him, if a state governor is unsafe despite all the security operatives in his convoy, then who is safe?

He, however, welcome the Presidential directive and that of the Inspector General of Police that the investigation of the matter should be thorough and it is our hope that the matter will not be swept under the carpet.

Also speaking on the Hijab Bill, the CAN National Scribe urged the leadership of the National Assembly to suspend the bill before the House of Representatives, seeking to institutionalise the use of hijab in the country, saying that it is ill-timed and uncalled for.

He said, “The bill titled “Religious Discrimination (Prohibition, Prevention) Bill, 2021” was seeking to provide a mechanism for enforcing certain provisions of the Constitution and other international laws that recognizes the right of female to adorn hijab in both public and private establishments in Nigeria.