On the bustling streets of Nigeria’s Benin City, residents cannot wait to get their Bronzes back—for them their return symbolises reparations for some of the… 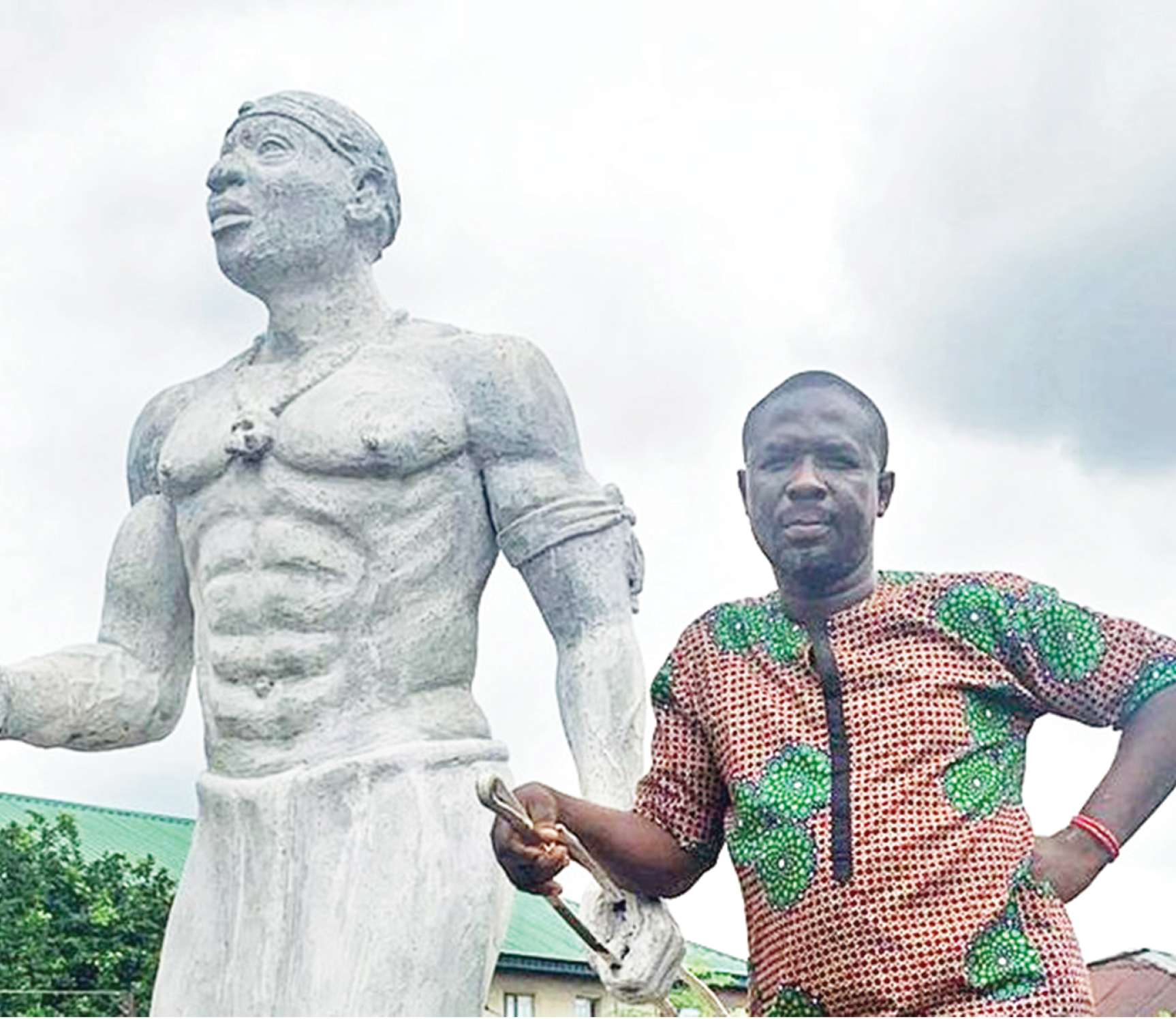 On the bustling streets of Nigeria’s Benin City, residents cannot wait to get their Bronzes back—for them their return symbolises reparations for some of the wrongs committed by British troops during the colonial era.

A statue of a cockerel is one priceless artefact soon to be welcomed home, after Jesus College handed it over to a delegation from Nigeria at a ceremony at Cambridge University.

It is one of thousands of metal sculptures and ivory carvings made between the 15th and 19th Centuries and looted by British troops in 1897 from the West African kingdom of Benin, in modern day Nigeria’s Edo State.

“I feel happy that the work of my great-grandfather will be coming back to Benin,” says Monday Aigbe, who, like his ancestor, is a sculptor.

He runs a foundry in Benin City, the capital of Edo State, where his craftsmen work quietly on brass statues.

The skilled workers fashion a myriad of shapes out of metal, including busts of the Oba—the title of the traditional king of Benin —as well as statues of animals and carved doors.

They have been making bronzes here for six generations. In the middle of the foundry is a large statue of Mr Aigbe’s great-grandfather.

He worked for Oba Ovonramwen Nogbaisi when the raid took place on the Royal Palace more than 120 years ago.

“It makes me upset because they came, they destroyed the palace, they made my great-grandfather run from the city to the village,” says Mr Aigbe.

The loot was amongst the most valuable African artworks ever made – and was sold or gifted to private collectors and museums around the world.

With more and more of the stolen artefacts expected back in Nigeria – on Thursday, the University of Aberdeen in Scotland will also be returning one of its Bronzes—Mr Aigbe plans to take his children to see them when they go on display.

This will be at the Edo Museum of West African Art – a grand initiative by the governor of Edo State to house all the returned Benin Bronzes.

The authorities say it will not be completed for at least five years – construction on the building, set to be designed by famous British-Ghanaian architect David Adjaye, has yet to start.

But for Theophilus Umogbai, deputy director and curator of the National Museum Benin, this is no excuse to delay returning the Bronzes.

The artefacts are akin to a library as they tell the history of the kingdom of Benin, he says.

The British government has argued that the Benin Bronzes “properly reside” in the British Museum, which has the largest collection of them in the world – with more than 900 pieces.

Hosting the ancient objects in London also ensures they are accessible to the world, the UK authorities say.

But it is an argument that Mr Umogbai takes exception to, saying that most Nigerians will never get to see them there given visa and travel costs.

“I went to the British Museum because my trip was sponsored. I wouldn’t have been able to go otherwise, even as a public servant.

“It’s easier for those abroad to visit us, because of the economic buoyancy of Europe, compared to Africa.”

For him, the Bronzes simply do not belong in Western museums.

“When I saw the Bronzes in the British Museum, I was happy at first. Then that thought was replaced by the feeling that these objects were incongruously sitting where they shouldn’t be. They should be back home.”

The past ‘feeds inspiration’

Twenty-eight-year-old artist Joe Obamina agrees – as he believes it is the past that inspires the future.

In his sunlit studio in Benin City, he makes pixellated paintings – inspired by his childhood spent indoors, playing Tetris.

From a distance, the paintings look like a collection of multicoloured boxes, small symbols peppering the odd square. But if you squint, or better yet, watch the paintings through your phone camera, the overall image becomes clear.

“Each pixel is a continuous story. Besides the overall image, I tell other stories inside each cube,” says Mr Obamina.

Despite using modern imagery, some of his work does reflect the history and culture of Edo State.

One painting depicts the Idia mask, one of the most famous Benin Bronzes. It is said to be a carving of the face of the mother of an oba from the first half of the 16th Century.

“My painting of the Idia mask was inspired by the ongoing restitution of the Benin Bronzes,” says Mr Obamina.

“We grew up without seeing the actual mask, just the replicas. Our heritage has been scattered, so I had to paint something to depict that: the scattered heritage that is abroad.

“But nevertheless, we still have our own identity and cultural practices. That’s why when you take a picture of it with your phone you can still see the mask in full.”

Mr Obamina’s paternal great-grandfather was a sculptor. Although he does not know whether he worked on any of the ancient bronzes, he believes that seeing them will help connect him to his past.

“I’m a Nigerian, I’m an Edo citizen – so I can’t really detach myself from that, it’s rooted in me.

“These artefacts being returned is going to mean a lot because it will help me connect with my ancestors.”