The Niger State Governor, Abubakar Sani Bello has heaped praises on Fifth Chukker Polo and Country resort for initiating and sustaining the Pink Polo which… 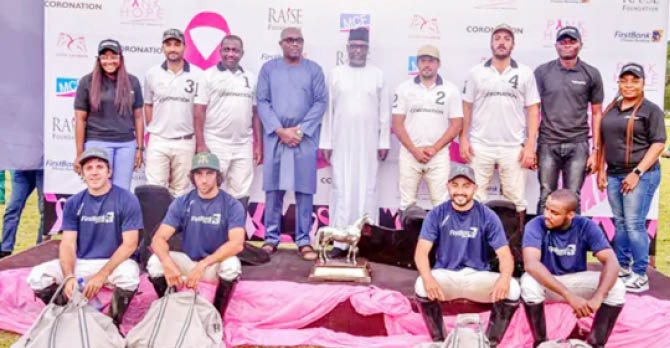 The Niger State Governor, Abubakar Sani Bello has heaped praises on Fifth Chukker Polo and Country resort for initiating and sustaining the Pink Polo which is a campaign against the deadly Breast Cancer disease and other charity efforts.

Governor Bello who was the Special Guest of Honour on the Pink Polo Day during the just concluded 2022 Emir of Zazzau African Patron Polo Tournament in Kaduna, urged other well-meaning corporate organizations to emulate the laudable example of Fifth Chukker in assisting government efforts both at federal and state levels on the numerous societal, social and medical challenges.

He noted in a chat with Polo Royals that, apart from the Pink Polo initiative, Fifth Chukker in partnership with Access Bank and UNICEF, has been spearheading the Charity Shield Polo that raises funds for the less privileged children across the country.

Former Inspector General of Police, Aliyu Atta who was one the special guests at the 2022 African Patrons Cup fiesta, was particularly happy that the Pink Polo initiative has reached out and educated thousands of women across the country about the scourge of Breast Cancer.

The Emir of Zazzau African patron’s cup focuses on Breast Cancer Awareness. With the First Lady of Niger State as the Pink Polo ambassador, Kaduna First Lady Kaduna State and Fifth Chukker has over the last decade been women in the last year, educating, supporting and providing access to medical facilities.