The beef boycott called by some prominent Yoruba groups flopped in the major markets in the South-West region. 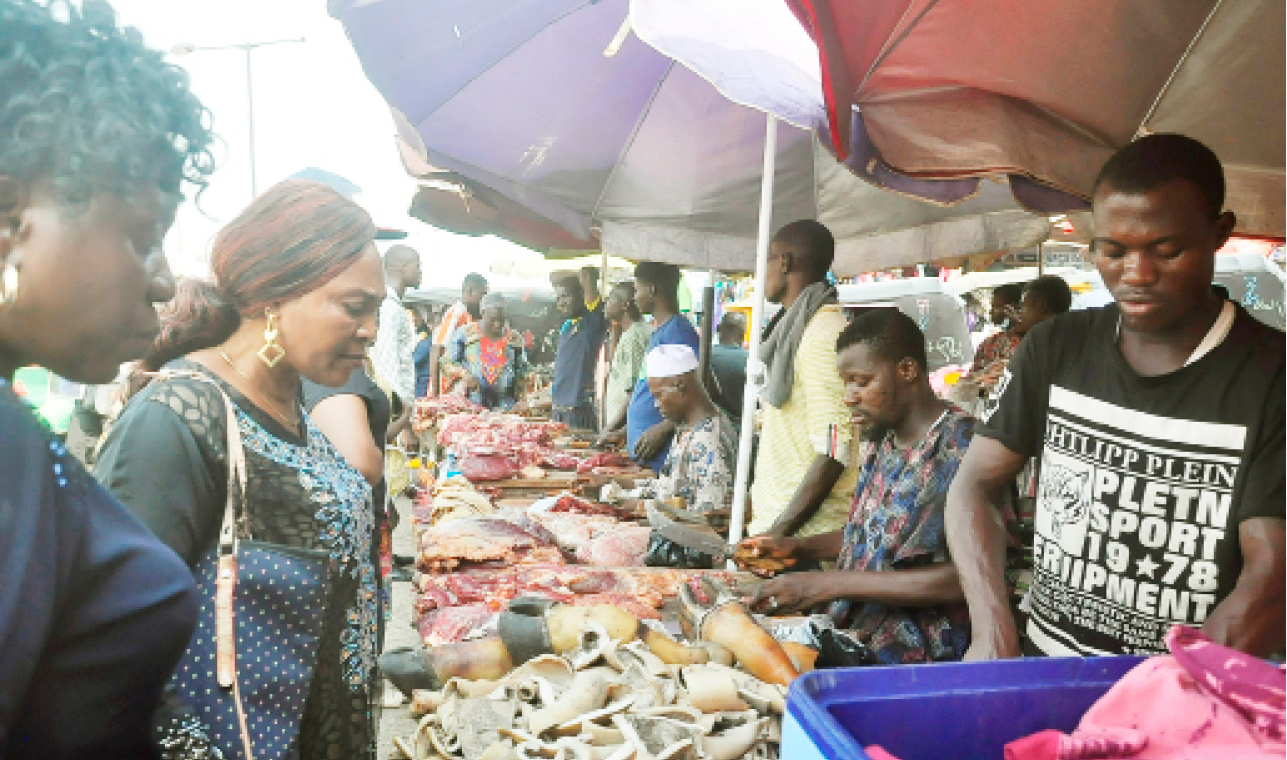 A one-day symbolic beef boycott tagged, “Anything but Cow Day” with the theme, “Towards Terminating the Cow Pandemic,” was called by the pan-Yoruba socio-cultural group, Afenifere, Aare Onakankanfo, Iba Gani Adams, Yoruba Summit Group and Sunday Igboho, according to an advertorial published on the plan.

The boycott, which started from 12:01am on Friday to midnight, came a day after the Amalgamated Union of Food and Cattle Dealers of Nigeria (AUFCDN) terminated the blockade of foodstuff and cattle from the North to southern Nigeria, which lasted six days, resorting in the scarcity of beef and other food items in southern markets.

In Lagos, residents were seen buying beef, while sellers said there was nothing like boycott.

At most of the markets visited by our correspondents, people went about their normal businesses without any boycott of beef.

Ahmed also noted that prices of cows were still high, ranging from N200,000 to N700,000 and above, depending on the size. He, however, expressed optimism that as more cows are brought in, the price is expected to drop.

At Ile Epo, Abule-Egba, Mushin markets, among others, cow traders said they didn’t see the effect of any beef boycott.

A resident of the state, Mrs Ayodele Aje told Daily Trust Saturday that she was in the market at Ile Epo to buy beef.

Asked if she was aware of the boycott, she said nobody told her about it and she would not have complied if she was told not to buy beef.

“Why should I not buy beef? For what? I don’t think that is a way to go in resolving whatever issues we have with our brothers. I have come to buy beef and I am happy normalcy is returning to the market after the blockade of food items and cattle, which has now been called off,” she said.

At Kara market, along the Lagos-Ibadan expressway, cattle dealers told one of our correspondents that they had been doing their businesses normally, oblivious of any boycott.

A youth leader in the market, Alhaji Modu Tom, described the boycott as a mere rumour, saying there was no indication to show that people boycotted beef.

“I see it as a rumour. In fact, I am hearing this information from you. As you can see, people are buying and selling rams in the market. In fact, the price of cattle has crashed due to the lifting of the ban on food supply, and people are trooping into the market to make beef purchases,” he said.

Also speaking, a butcher at Abbatoir, Agege Lagos, Alhaji Ado Kowa Abashi corroborated the view that the boycott didn’t hold, saying businesses have gone on normally without any let or hindrance.

“We are doing our normal businesses without any change. The business is moving better than before and a lot of people are in the market to buy beef. I don’t know where you got the information, but I can tell you that there is nothing like a boycott,” Abashi said.

Time to go back to farming

In Ogun State, our correspondent observed that residents also snubbed the call to boycott beef by the leaders of the Afenifere group.

A food seller in Abeokuta, Ogun State, Mrs Janet Adenekan, noted that people were still consuming beef, saying, “There seems to be no alternative because people are used to it.’’

Adenekan, however, noted that the recent blockade of food items to the South was a wakeup call on the Yoruba to go back to agriculture.

“It is not a must that we eat beef or make do with other food items from the North. We can cultivate them here by ourselves.

“But now, people are used to beef, so the call for boycott may not hold water. For example, I am a food seller and I bought a huge amount of beef today to prepare food for my customers,” she said.

Another resident, Adelani Seun, told Daily Trust Saturday that beef boycott was not feasible, while expressing worry that the recent blockade led to an increase in the price of beef.

“It cannot do us any good. All of us should come to the table and discuss and move forward.”

A call for peace

A leader of the Nigerian Butchers Association in Alesinloye market, Ibadan, Alhaji Jelili Abdulrasaq, told Daily Trust Saturday that though the association could not go against the decision of Afenifere on the subject matter, it could only appeal to southerners to have a rethink.

He said the Hausa/Fulani had held a meeting with the butchers and agreed to maintain peace.

The businessman, who said he bought two cows on Friday at N1million, said it would be a disservice to Nigerians if a certain part of the country boycotts products of another region.

He said, “There is no way we won’t have disputes, but we need to be careful and accommodate one another. The Fulani and Hausa herders held a meeting with us and agreed to look for the bad people among them and send them away.

“As Yoruba, we have bad people, Igbo have theirs and Hausa also have theirs. Even the western world is having its own bad eggs, but we need to learn how to accommodate one another since we belong to the same country.

“The Hausa-Fulani have agreed to work with us without crisis again. That is the only business they are doing to care for their family, and there is no issue fighting unnecessarily.

“However, we cannot go against the decision of Afenifere, we can only appeal to them to consider some of us in their decision.

A housewife and Ibadan resident, Busola Adegoke, told Daily Trust Saturday that the cost of red meat in Ibadan, the state capital, was on the high side, adding that she could not afford to buy beef at the market.

The spokesman of Afenifere, Mr Yinka Odumakin, in a chat with our correspondent described the beef boycott as a success.

He said the Yoruba had made it clear that they would no longer tolerate maiming and killing of their people in the name of cattle rearing.

“We have made it clear to them that we cannot continue to tolerate this. Our people are tired of the mindless destruction by the Fulani,” he said.