Beasts of our time

Worried by the frequent news reportage of moral decadence in modern Nigeria, this writer randomly went through the “city and crime” page of the Daily… 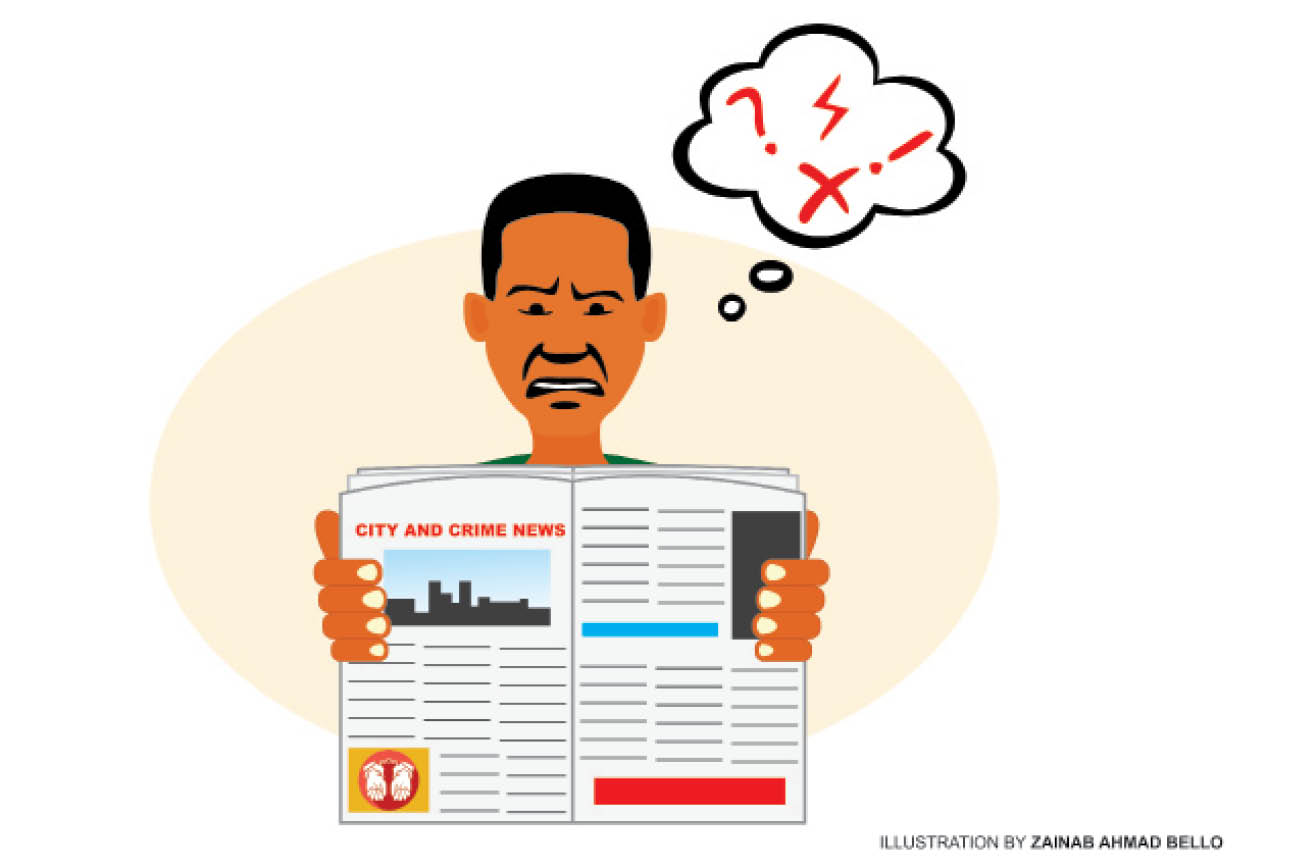 Beasts of our time

Worried by the frequent news reportage of moral decadence in modern Nigeria, this writer randomly went through the “city and crime” page of the Daily Trust newspaper for six days (August 1-6, 2022), and discovered that every edition carried bizarre reports that depict immorality at a fanatical level. The stories include man had sex with goat; Zamfara man married to grand-daughter for 23 years; son kills dad for marrying second wife; and dad remanded for defiling 9-year-old daughter.

While still trying to believe or discredit these incredible events, the September 3, 2022 edition of the Daily Trust on Saturday newspaper incidentally led with a story of how, in 2 years, 34 biological fathers raped 48 own daughters. This is scandalously barbaric in any human society. Although times may have changed, some of the changes we see today or hear about rather seem too radical than could have been imagined even by the most cynical spooky jinx.

Were it not for the purpose of speaking against nasty practices, many of the incidences that would be cited in this discourse are ordinarily unprintable. For people to degenerate to a level where traits naturally exclusive to beasts were converted to norms, is to say the least, the height of decadence in any civilization. Incest is barbaric. It is ridiculous that all this happened in a country where majority of the population claim to be men and women of God.

According to the Daily Trust story, the incidents happened in 13 states, with Lagos leading the chart with 11 cases, Ondo 5, Ekiti 4, Kwara 3, Ogun 3, while Abia, Anambra, Kano, Delta, Osun, Edo, Kebbi and Cross River have one each. Based on the statistics, one of the victims is a male child and only four were adults, the rest victims are minors, including a 15-month-old child, Suhana-llahi! The latest case was in August 2022, when a 55-year-old security guard, Arowolo Ayodeji, confessed to having carnal knowledge of his 19-year-old daughter twice in Ipoti-Ekiti, Ekiti State. The incestuous father blamed the devil for the act, saying, “I didn’t do it intentionally”.

The Daily Trust of August 3, 2022 had earlier reported that personnel of the Ogun State Security Network, Amotekun, arrested an 18-year-old man, Ibrahim Ismaila, for having sexual intercourse with a goat. The Commander of Amotekun in the state, David Akinremi, said the suspect was arrested in IluTuntun Olorunsogo in Ifo LGA of the state. The police should, first, subject this suspect to a psychiatric test before prosecuting him, because this defiant behaviour is weirdly abnormal. Even animals within one family group do not cross-cohabit with others from different species. A lion does not copulate with a cheetah just as a goat does not go after a sheep. But here we are, mankind trying to find satisfaction in an animal; La ilaha illa-llah!

There’s also a report of how a Sharia Court in Tsafe LGA of Zamfara State dissolved the 23-year-old marriage of a man, Alhaji Musa Tsafe, with the granddaughter of his brother. Passing judgement, the presiding judge, Bashir Mahe, said the marriage was contrary to Verse 73 of Suratul Nisa’i, and the injunctions on Page 79 of As-halul Madariki; and therefore illegal. The man’s granddaughter and ‘wife’, Hajiya Wasila Isah, had given birth to eight children in their 23 years of matrimony.

But, why was a marriage categorized by Shari’ah as illegal contracted in first place? Was the ‘Malam’ that contracted the marriage not aware of the Islamic injunctions on family relationships that preclude marriage on account of birth, fosterage or nuptial bond? If he did and yet went ahead to tie the wedding knot between the couple, he should be prosecuted. If he didn’t, then it is time to review the process that allows unknowledgeable Muslims to preside over matters that bind members of the Muslim community together.

On February 19, 2022, a 28-year-old man, Audu Dare, was remanded in a custodial centre in Ado Ekiti for raping his six-year-old daughter, which caused her death. When their daughter complained of headache and pains in her private part, she was taken to a nearby hospital where she said her father raped me. She eventually died on the second day. The September 3, 2022 story further relates another incident where a father of six was arrested by the police in Lagos State for defiling his four biological daughters, aged 7, 10, 11 and 15. The father who was living with his family in a one-room apartment in the Alimosho area of the state, was caught in the act several times by his wife. The daughters told their mother that their father always threatened to harm them if they revealed the secret. The man’s eldest daughter said her father first defiled her one evening when she came back from Arabic class.

While incest is a crime against nature, it is no less abominable that an individual would kill any of his parents for whatever reason. The same newspaper under reference had reported that a middle-aged man, Kazeem Muhammed, killed his father. It was learnt that Kazeem had been angry with his father for getting married to a second wife. A brother to the deceased said Kazeem carried a plank and hit his father who fell and died later in the hospital; adding that “The boy is a drug addict”.

Perpetrators of incest and those who kill their parents do not deserve to live among humans. They are a disgrace to parenthood. They are the beasts of our time and should be incarcerated. It is obvious that these awful acts are becoming widespread because offenders are never subjected to stiff penalties such as life imprisonment or castration. Our judges should hand down deterring punishments for these offences.

Drug abuse, single parenting, and rituals for wealth or for other fetish reasons largely account for these scandalous behaviours. The devil usually blamed each time people rebel against Allah’s injunction shall, on the Day of Judgement, absolve himself saying “…I am free of thee; I do fear Allah, the Lord of the worlds” (Qur’an 59:16).

While we call on our Imaams to use their weekly Friday sermons to preach against incest and rape; the National Orientation Agency (NOA) must see these cultural deteriorations as a national phenomenon that must be tackled before they destroy our society. The home, more than any other social group, has greater responsibility to revive societal values that have since collapsed. May Allah (SWT) save us from the subversive plots our worst enemy, the Satan, amin.