The Big Brother Naija Lockdown housemate, Terseer Waya fondly known as Kiddwaya has incited reactions from netizens after a video of him and his lover locking… 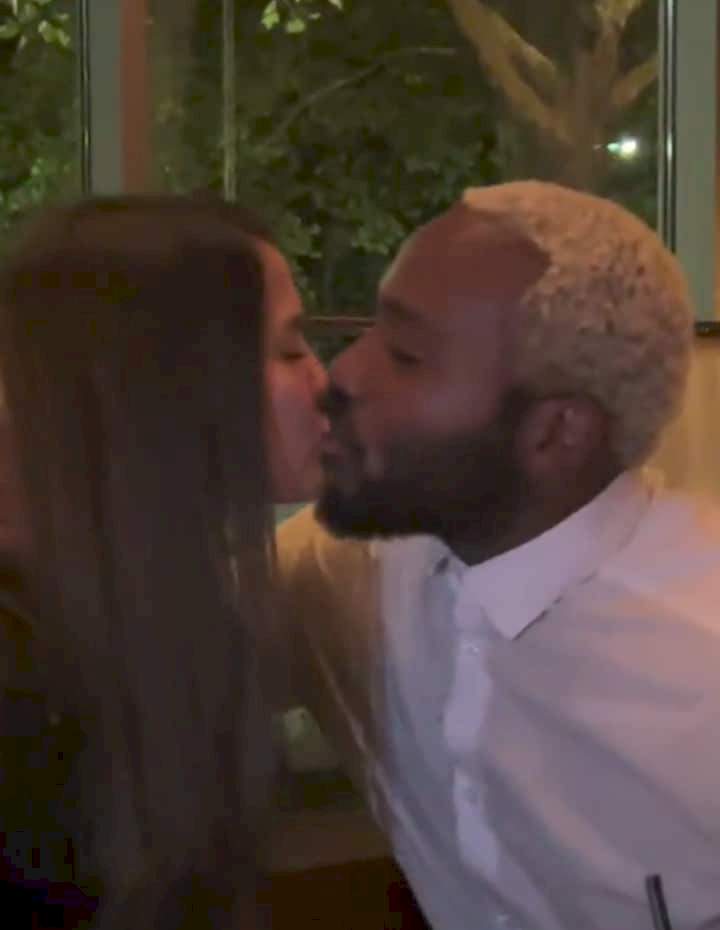 The Big Brother Naija Lockdown housemate, Terseer Waya fondly known as Kiddwaya has incited reactions from netizens after a video of him and his lover locking lips in a restaurant went viral.

It could be recalled that recently, a post had made rounds on the internet of a fan identified as Umelo Patricia who joined an online church program with a prayer request asking God to make Kiddwaya and Erica get married.

In a recent video, posted by media personality, Daddy Freeze, the BBNaija star was spotted at a restaurant with Kiddwaya alongside a white lady, who Daddy Freeze introduced as the TV star’s fiancee. “Kiddwaya and his fiancee, showing us how to love,” Daddy Freeze captioned the post on his Instagram account.

While engaging in a public display of affection, Kiddwaya proceeded to show his passionate side by feeding his fiancee some food from his plate and further gave her a kiss, an action which prompted cheers from Daddy Freeze; celebrity pastor, Tobi Adegboyega and several others who dined with them.

The reality TV star also asked if Pastor Tobi would join them in their union, and the pastor replied, saying he would be honoured.

Freeze also taunted fans who had wanted Kiddwaya and Erica to be together, he said; “Stop asking where is Erica, send her a DM.”