BBNaija special diary session: Who are the wild cards?

To unravel the 'Wild card', a special diary session will be held today by 3pm. 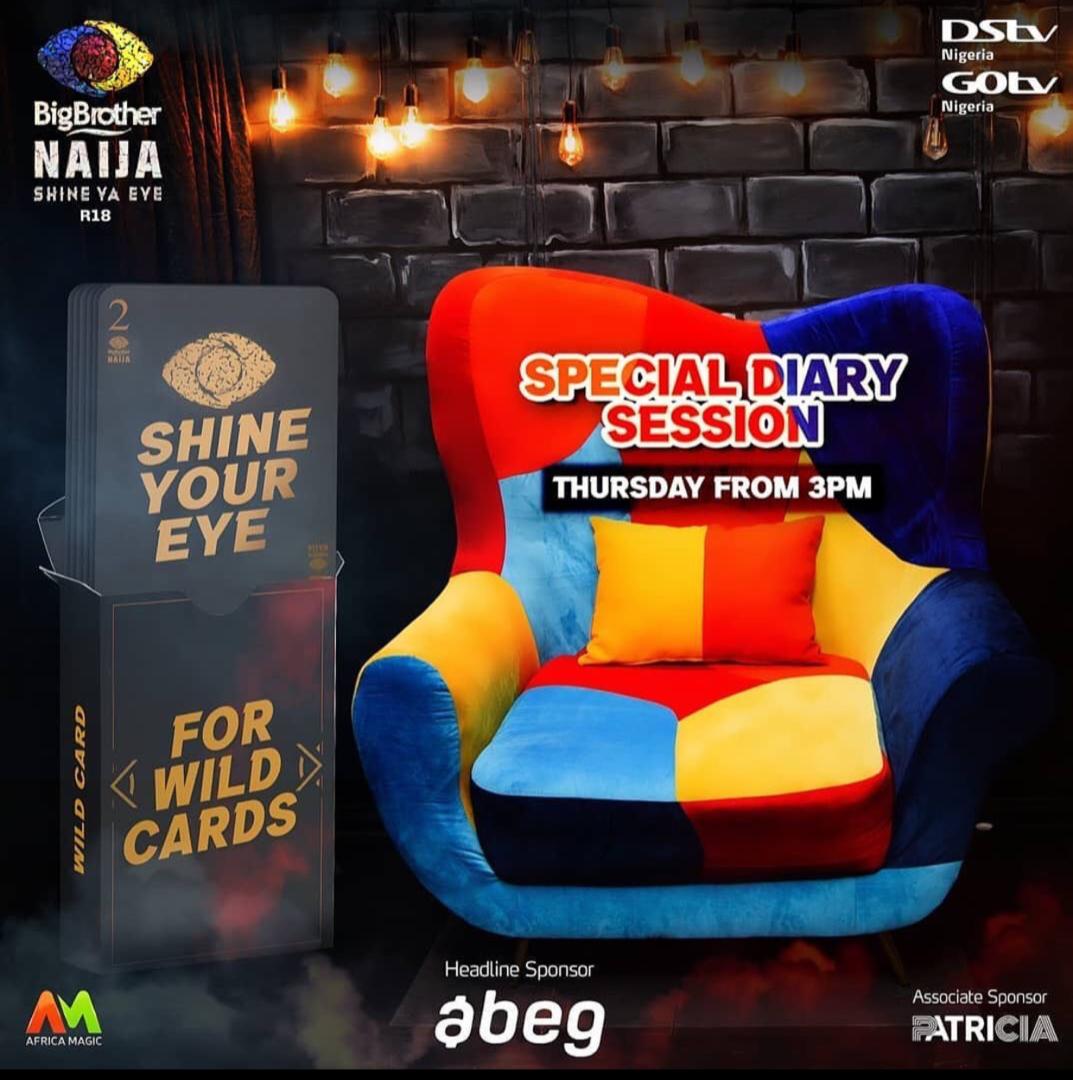 The Big Brother Naija season 6 dubbed ‘Shine Ya Eyes’ has introduced a new twist called the ‘Wild cards’ into the house.

To unravel the wild cards, a special diary session will be held by 3pm today.

Each of the housemates has been seen trying to figure out the twist as this will be an opportunity for the housemates to reveal to Big Brother who they feel are the “Wild cards”.

Recall that on the second day of the opening ceremony after the female housemates were introduced and sent into the house, Big Brother stated that two of the housemates in the house are “Wild Cards”.

Biggy instructed the housemates to get to know each other and figure out who the Wild Cards are.

He added that if they guessed correctly, the two wild cards will be evicted but if they don’t, the wild card housemates will remain in the house.

Who could it be? Or is this one of Big Brother’s games? We’ll find out by 3pm!!!