The Court of Appeal in Abuja has reserved judgement in the appeals by four political parties over the November 16, 2019 governorship election in Bayelsa… 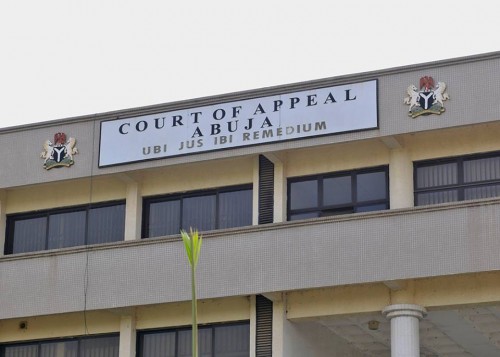 The Court of Appeal in Abuja has reserved judgement in the appeals by four political parties over the November 16, 2019 governorship election in Bayelsa State.

A five-member panel of justices presided by Justice Adzira Mshelia on Thursday reserved the appeals for judgement.

Governor Duoye Diri is challenging the majority judgment of the Bayelsa Governorship Election Petitions Tribunal which nullified his election over the unlawful exclusion of the deputy governorship candidate of the All Nigeria Democratic Party (ANDP).

The other appeals are those by the Independent National Electoral Commission (INEC) and the Peoples Democratic Party (PDP), which are seeking the quashing of the majority judgement which nullified the election of Governor Diri.

ANDP is challenging the minority judgement of the tribunal which overruled its petition over the alleged exclusion.

However, the appellate court dismissed the appeal by the United Peoples Congress (UPC) for want of diligent prosecution.

Arguing Diri’s appeal, Chris Uche (SAN) informed the panel that ANDP did not have a validly nominated candidate as provided by Section 177of the Nigerian Constitution, adding that it deliberately fielded two underage candidates to create the situation.

But counsel to ANDP, Kehinde Ogunwumiju (SAN), told the court that the party conducted a valid primary and nominated its candidate according to Section 87 of the Electoral Act.

Ogunwumiju added that the documents were tendered and INEC did not challenge them.