Ebisoru, representing Ward 13, also installed solar lights in Akpide community of the ward as part of her constituency project. 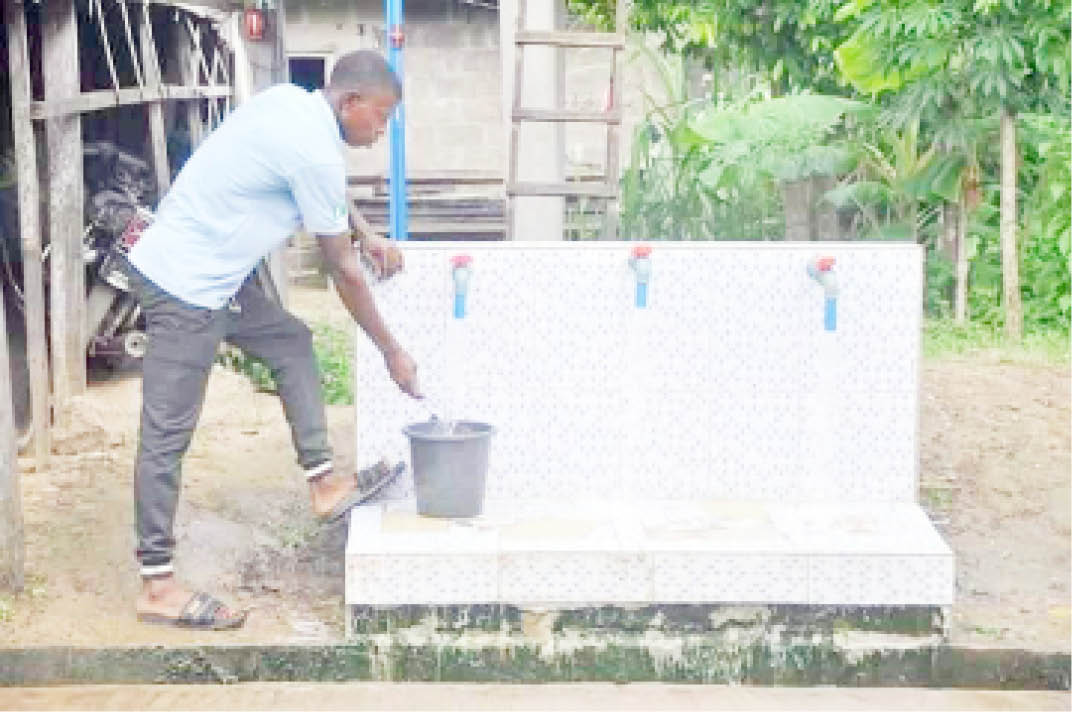 Ebisoru, representing Ward 13, also installed solar lights in Akpide community of the ward as part of her constituency project.

Niger Delta Trust correspondent,  who visited the community, observed that since the perennial flooding in the state damaged the only good source of water in Tuburu community some years ago, people have left with no alternative than to drink from the local stream which has been polluted due to oil exploration activities.

The situation had caused some waterborne diseases, such as typhoid fever and others to the people.

Speaking with Niger Delta Trust, Hon. Kate said she was moved by the plight of her constituents, that was why when she was given some funds for constituency project, she added her own money to do the water project.

She said: “The project was part of the ward project that was given to us. I had to add my personal fund to complete everything, including solar lights, at Akpide community.

“Actually there was water at Tuburu community before but because of the yearly flood, the water became dirty and was not good for drinking again, so the community pleaded for another water project at the upper area of the community which will not be affected by flood. That was how I decided to execute the project,” she said.

Some residents of the community who spoke with Niger Delta Trust said that after the flood destroyed their source of drinking water, they were left forced to use the nearby stream.