Bauchi state chapter of All Progressives Congress (APC) and its governorship candidate, the immediate-past governor of the state, Muhammed Abdullahi Abubakar, have confirmed that they… 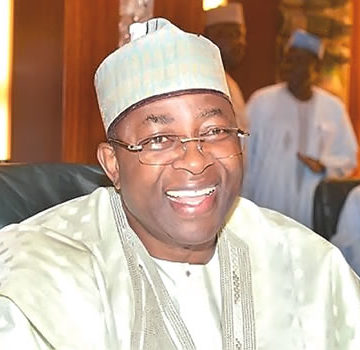 Bauchi state chapter of All Progressives Congress (APC) and its governorship candidate, the immediate-past governor of the state, Muhammed Abdullahi Abubakar, have confirmed that they will appeal against the judgement of the State Governorship Election Petitions Tribunal.

Addressing a press conference at the Governorship Campaign Secretariat on Tuesday in Bauchi, the state Chairman of the APC, Alhaji Uba Nana, said the party and its candidate will appeal the judgement of the court to reclaim the mandate given to them by the good people of the state.

The chairman urged all party chieftains and supporters not to be demoralized by the outcome of the tribunal and appreciated them for showing solidarity to the party throughout the court’s proceedings, asking them to remain calm and law-abiding.

Speaking through his spokesman, Ali Muhammed Ali, the former governor said, “We are appealing judgement and already our lawyers have been instructed to file an appeal after studying the judgement.”

The ex-governor expressed optimism that the party and himself will reclaim the mandate at the Appeal Court and called on his teeming supporters across the state and other APC members to remain calm and should not do anything that will breach peace in the state.

“We are peaceful and peace-loving people in the APC; we believe in the rule of law and we are going to tread the path of legal to reclaim the mandate given to us by the generality of the people of Bauchi state,” he said.

Daily Trust reports that on Monday, the Gubernatorial Election Petitions Tribunal dismissed the petition brought before it by the former Governor Abubakar and his party, APC seeking for his declaration as the duly elected governor of the state.