‘Bauchi is running out of HIV-AIDS test kits’

The Bauchi State Agency for the Control of HIV-AIDs, Tuberculosis and Malaria (BACATMA) has appealed to development partners to assist the state with HIV-AIDS test… 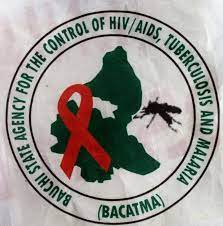 Bauchi State Agency for the Control of HIV-AIDs, Tuberculosis and Malaria (BACATMA)

The Bauchi State Agency for the Control of HIV-AIDs, Tuberculosis and Malaria (BACATMA) has appealed to development partners to assist the state with HIV-AIDS test kits to consolidate the success recorded in tackling the disease in the state.

The Executive Chairman of BACATMA, Dr Sani Mohammed Dambam, disclosed this during a European Union EU-UN Mission monitoring of the COVID-19 palliatives to beneficiaries of the EU Basket Fund to HIV-AIDS vulnerable patients in Bauchi.

Dr Dambam said the state had achieved tremendous success in the control of HIV-AIDS, tuberculosis, leprosy and malaria as a result of the combined effort of the state government and development partners.

He said, “In 2001, the prevalence of HIV-AIDS in Bauchi State was 6.8 per cent, which was higher than the national average of 5.2 per cent, but to God be the glory, with the support and commitment of the good people of Bauchi State and our partners, in 2018 the prevalence rate of HIV-AIDS in Bauchi was only 0.4 per cent; which was lower than the national average of 1.4 per cent.

“Due to the dwindling funding associated with the COVID-19 pandemic that sparked global recession, many of our doors are closing out.

“Currently, we have some gaps, although the state government is trying to cover the gaps, but we are still calling on our partners to assist us by extending some of these projects and increase funding of the projects, particularly the provision of HIV-AIDS test kits.”