Battle for N/East: How Atiku, Shettima may swing 12.8m votes 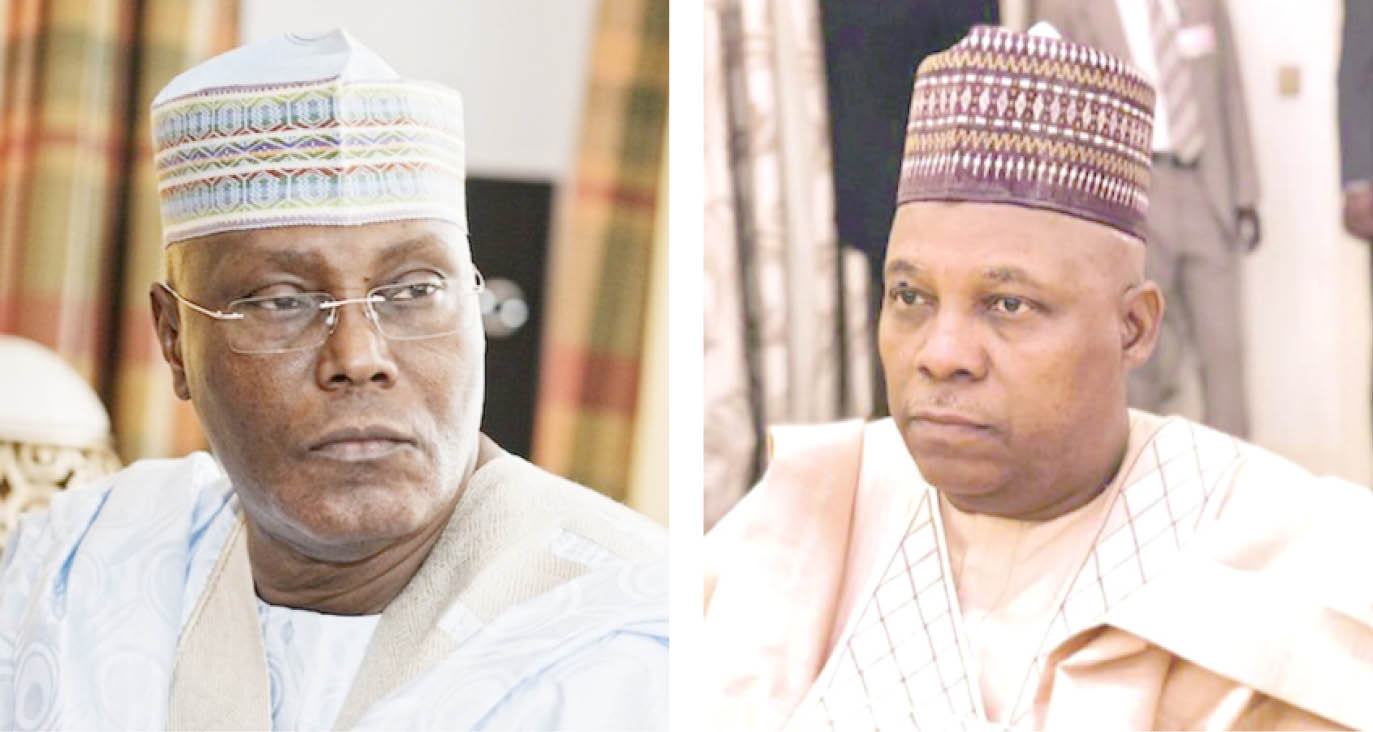 With 12,820,363 registered voters, North East is fifth among the six geo-political zones in terms of voting population, as announced by the updated list of the Independent National Electoral Commission (INEC).

Having thrown their hats into the presidential contest ring, the region is most likely to produce its first Nigerian president or a vice president for the second time, if PDP or APC wins the poll.

Political watchers said this would be a tough battle for each of the political gladiators to deliver the region for his party, using their political prowess.

Atiku, a veteran politician and two-term vice president, was first shot to the limelight in 1993 when he lost the SDP presidential primary to MKO Abiola. He is contesting for the presidency for the sixth time.

On his part, Shettima, a two-time governor of Borno State and a serving senator, became famous for his performance as a governor and how he handled Boko Haram insurgency.

Though his political experience had not matched Atiku’s, the “star boy” speech he delivered at the NBA conference, which outshone that of the other presidential candidates, had added to his popularity nationwide.

Now that campaigns have started, the battle for the soul of the region has begun in Adamawa, Bauchi, Borno Gombe, Taraba and Yobe states.

Though it may not be too difficult to assess the strength or popularity of these political gladiators, predicting which party or candidate would win the zone is a tough nut to crack.

The APC and PDP control three states each in the zone: APC has Borno, Yobe and Gombe states, while Adamawa, Taraba and Bauchi belong to the PDP. But, who gets the largest share from the 12.8 million votes?

However, analysts believe that the strength of voter’s based on states does not usually determine who gets the majority votes, considering how President Buhari got majority votes against Atiku from the region in 2019.

But, that did not stop Atiku from defeating President Muhammadu Buhari in his state, Adamawa, with 410,266 against 378,076 votes in the 21 the LGAs of the state.

However, the question remains, now that the APC had fielded Bola Ahmed Tinubu with Kashim as running mate, could this be another game changer in the northeast voting pattern?

Going by the voting pattern in Shettima’s stronghold, which is the second highest in voting population in the zone, many believe that the APC has an edge over PDP, given the antecedent that APC has been winning Borno and Yobe states, consistently.

On the other hand, Taraba has always been a staunch PDP state, but a look at the political swings in Adamawa, Bauchi and Gombe casts doubt over which party controls where?

It’s observed that the reconciliation of the political gladiators, Senator Danjuma Goje and the incumbent governor, Alhaji Inuwa Yahaya has brightened the chances of APC in the state.

Also, the APC was able to consolidate on its political gains in the major hub of PDP – Gombe South – by wooing Senator Danjuma Lidani to its fold.

The rift between Rivers State governor, Nyesom Wike and Atiku’s camp is telling on the influence of the PDP in the state as the former governor of the state, Alhaji Ibrahim Dankwambo, is said to be with Wike’s camp.

Pundits say the intra party crisis resulting from the APC gubernatorial primary election has redefined the political dynamics of Adamawa, and if the stakeholders of APC did not close ranks, it would give PDP great advantage in the 2023 general election.

However, the judgment of the federal high court that declared that Adamawa State has no APC gubernatorial candidate worsened the crack in the ranks of the APC.

Now, there is no love lost between the camp of Ribadu who is a close ally of Bola Ahmed Tinubu and the camp of Senator Binani who is connected to the downtrodden because of her empowerment.

Also, the purported decision by Bindow to pitch his political camp with Atiku and Governor Ahmadu Fintiri has brightened the chances of the former vice president in his home state.

But pundits say if the reconciliation between the APC stakeholders yields the desired result, the party would be better positioned.

Tinubu’s decision to pick Shettima as his running mate has upset the Christian political leaders, like the former SGF, Babachir Lawan; the present Senator of Adamawa North, Ishaku Agbo; and even the former Speaker of House of Representative, Yakubu Dogara.

So, looking at the political influence of Dogara, he commands serious respect in his constituency, especially the three LGA of Tafawa Balewa, Dass and Bogoro. So, the APC needs to do more.

It has always been a strong support base of Atiku but the love lost between Senator Emmanuel Bwacha, a strong chieftain of the PDP and the incumbent governor, Darius Ishaku, has opened a new chapter in the party.

Bwacha has joined the APC and is battling to pick the governorship ticket of the party. The battle has shifted to the Court of Appeal.

In Taraba, analysts say that the candidate of the Labour Party, Peter Obi, would encroach into the state. Expectations are that the former Anambra State governor would have the sympathy of the Christians in the state.

Political analysts opined that PDP deliberately took the campaign to the stronghold of Shettima to challenge his popularity and weaken the APC structure in the state. Borno has always been an APC state.

Given the antecedents, APC has always been in charge in Yobe State, but the issue of candidates’ imposition is causing rift within the party, especially in zone C.

Finally, one can say the political dynamics in the region towards 2023 is so dicey that one cannot predict who will win.

However, many analysts have settled that the winner of the North East is a candidate from one of the two major political parties – PDP or APC – and is going to win with some negligible fraction.