The Country Head of National Basketball Association (NBA) Africa, Gbemisola Abudu, has said the game of basketball has a transformative power and it is an… 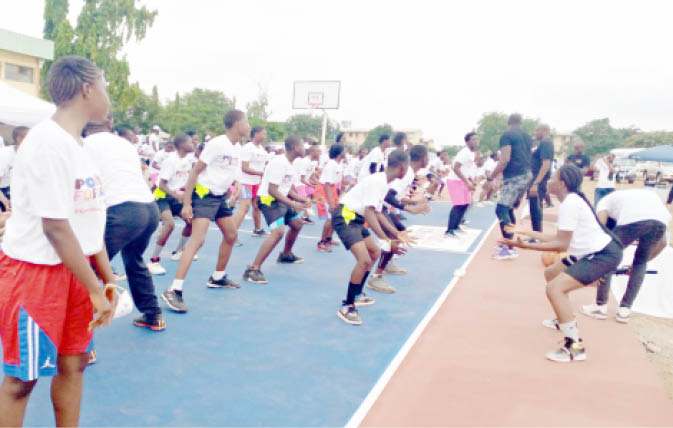 The Country Head of National Basketball Association (NBA) Africa, Gbemisola Abudu, has said the game of basketball has a transformative power and it is an elixir for good health.

Abudu who spoke Thursday at Government Secondary School Tudun Wada, Wuse Zone 4, Abuja, where the NBA in partnership with ExoonMobil and PanAfricare trained students in basketball, said the game also has huge potential for youth empowerment.

The training, which was conducted through the Power Forward Initiative (PFI), is aimed at imbuing the youths with basketball skills and creating public health awareness, especially in the fight against malaria.

She said 150, 000 students have been trained by former D’ Tigers Captain Olumide Oyedeji through the initiative in the FCT in the past nine years of the project.

“So, this is not only for the kids to learn the fundamental skills about baseball but to develop the skills of basketball and also be able to exercise and develop good health, leadership skills and coordination and learn how to work with others. All these skills that I mentioned here are not just skills that are applicable right now but skills that will help them for the rest of their lives,” Abudu said.