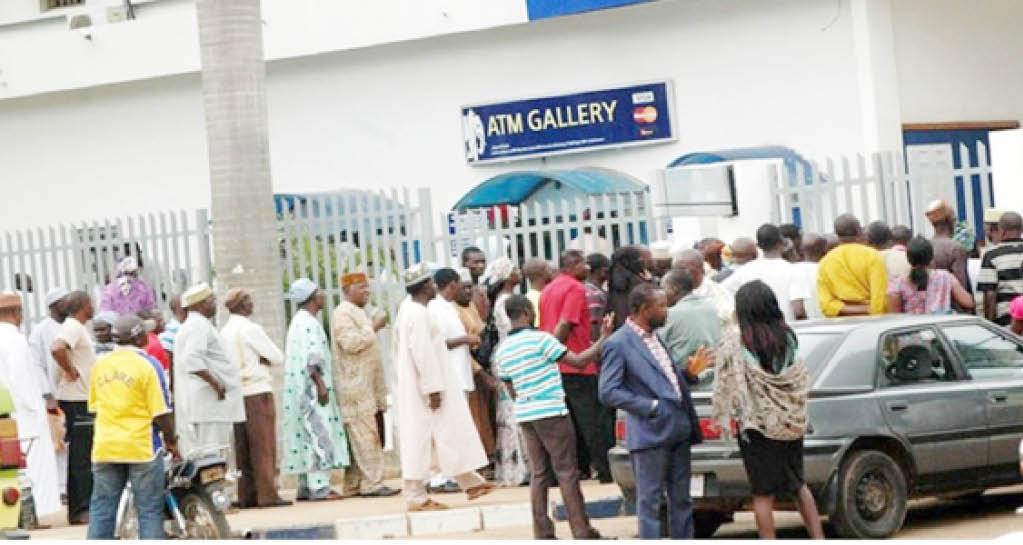 Customers of commercial banks in Kano Metropolis have decried irregular availability of cash in Automated Teller Machines (ATMs) in banks and ATM galleries which has forced them to patronise Point of Sale (POS) operators with attendant challenges.

Kabir Isah, a bank customer, said, “I was at different ATMs to get cash but I could not get it. The only few I saw with money had long queues, so I resorted to use POS.”

Another bank customer, Mohammed Sani, who said he was frustrated after visiting several ATMs, queried, “Why is it that POS people always have money, but ATMs don’t?”

A bank customer who simply identified himself as Usman lamented that, “The way they are charging sometimes is annoying. For instance, if you want to withdraw N5,000 or below, they charge you N100. If you make it N5,500 or N6,000, they will double the charge, the same with someone withdrawing N10,000.

“I was once debited but it took a long time to reverse the money,” adding that, “Although, I haven’t experienced it, I discussed with a lot of people that said they do receive SMS from network service providers that they should check nearby POS agents for transaction. I’ve seen a lot of people also complaining that banks don’t put money in their ATMs.” Usman, who earlier commended POS agents for giving them succour, said, “There are serious challenges we are facing patronising these kind of business. Sometimes you go there; maybe you want to transfer, they debit money from your account but the money will not reach its destination and it takes time to reverse.”

A customer at the ATM gallery at the Aminu Kano Teaching Hospital, who identified simply as Mr Gabriel, queried, “Have you wondered why you receive that annoying advert from your bank that you should patronise POS agents nearest to you? They have comfortably stopped loading ATMs because they want you to go to POS and pay N100 per N10,000 thereby creating business for the POS operators.”

A customer at the Zenith Bank ATM gallery, Kabuga, Junaidu Mohammed, alleged that, “Some people said majority of the bankers have POS that is why they do not use to put money into the ATMs.’’

However, some POS operators told this reporter how their business operated to ease the suffering of bank customers, saying though pending or failed transactions sometimes drew the irk of the customers.

Umar Idris, a POS operator, said he was “really making many transactions daily. We charge N100 per N10,000. The N100 service charge is shared between the operator and the bank.”

Another POS operator in Dorayi, Nazifi Ahmad, said people patronised POS because it was efficient and saved time.

Ahmad, who noted that when salaries were paid at the end of month they usually got an influx of customers, said, “For each N100 charged, we share 50:50 with the bank. But we get N120 on every transaction that charges N200, while the bank gets N80.”

However, he lamented how it was difficult to convince some customers whenever they had failed or pending transactions, saying, “Sometimes some customers in such situations won’t understand your explanation. They would think you cheated them. But many do come back and apologise when they get the transaction reversed.”

On their part, banks contacted denied the allegation of not loading their ATMs, describing it as untrue and baseless as they “always load cash into our ATMs,” a customer relationship officer at Jaiz Bank told Daily Trust Saturday.

Another customer relationship officer with Keystone Bank, who also craved anonymity, insisted that the allegation that ATMs were intentionally deprived of cash was not true, saying, “I don’t think this is true. Regardless, POS is a whole agency that is created in order to reduce the burden of work for banks. But that doesn’t mean that the banks don’t work. They are working to provide services.’’

On the complaints that they often abandon ATMs without cash, the banker further argued that, “In fact, ATM is a top priority for every bank because if the ATMs are working it means the banks are working. If your ATM has no cash you will be queried by your superiors. ATM must be loaded all times, including weekends. It is a no-go area for you to leave your ATM without cash.’’

On the alleged monetary benefits that banks enjoy from POS, a banker with Zenith Bank, who pleaded for confidentiality, said there was no special benefit apart from normal charges.

He said, “It’s called transactional charges. I offer you a service, you pay me. If you do a mobile transaction for instance there is a charge. It is the same thing with POS.’’

Another banker with First Bank, who also preferred his identity protected, confirmed that some bankers had their personal POS but refuted the allegation of manipulation for personal gain.

He said, “Of course, there are bankers that own POS. They do. But what is there is that it is not something like partnership. Banks would not give their staff their POS machines, because if they do, it will be what is called parallel banking; which means you’ll have your own interest in mind instead of the bank’s interest.’’

He further clarified that it was not one person that controlled ATM operations in a bank and therefore “you would not have control over the ATM. Sometimes when you go to the ATM and there is no cash, bankers are probably be on their way to load it.

“Most times, it is not necessarily because of lack of cash that customers cannot withdraw; there is this thing called cash jam; where the ATM card get jammed. So before you get to rectify that problem, the machine will not dispense cash and the general public would not know that. They will say there is no money.”

But most bank customers interviewed insisted that aside the lack of cash in the ATMs, which “is always intentional”, the issue of “no network” at the bank’s ATMs further buttressed their fear that the banks intentionally sabotaged their ATMs to ensure customers had no choice but to patronise POS operators.