Bandits went on rampage in Abuja, Kogi, Kaduna and a host of other states killing people and abducting many others. They killed 11 people yesterday… 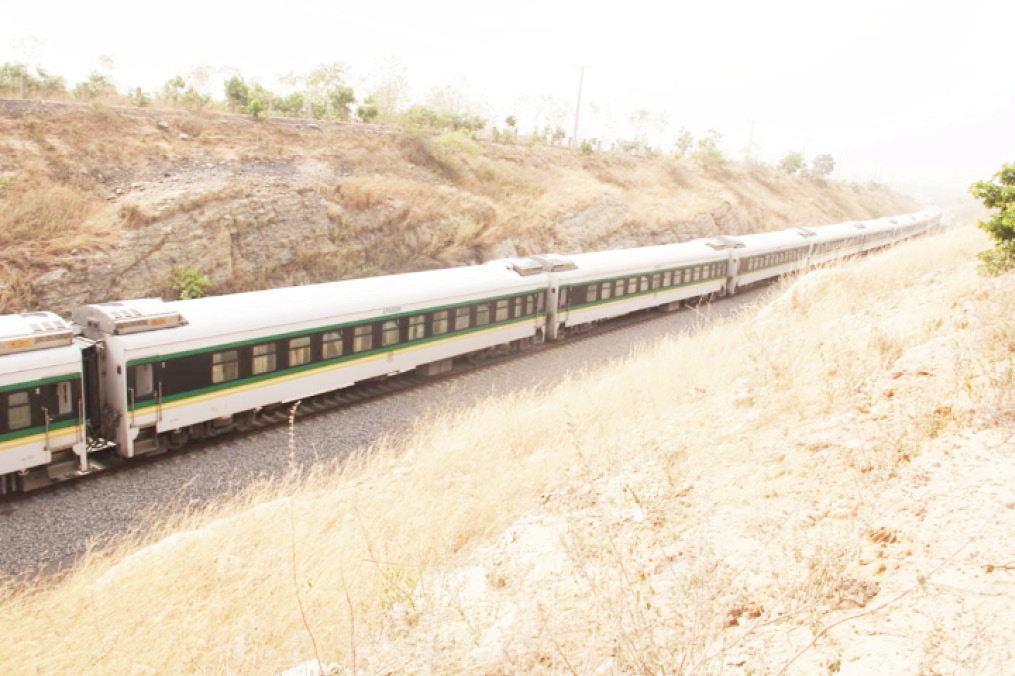 Bandits went on rampage in Abuja, Kogi, Kaduna and a host of other states killing people and abducting many others.

They killed 11 people yesterday and stole properties in attacks on two communities: Kabode and Ankuwa in Kachia Local Government Area of Kaduna State.

A resident of Kabode who spoke with Daily Trust on condition of anonymity said the gunmen arrived in the village on bikes around 9:20am and started shooting.

He said they had been witnessing pockets of attacks and threats by the bandits in recent time.

“Last time they sent us a message that we would be exempted from any further attack if we gave them five million naira and we gave them the money as they requested but they defiled and attacked us today,” he said.

Residents of Shanono area of Rigasa community in Igabi Local Government Area of the state are living in fear after the discovery of a bomb.

Our correspondent reports that even though operatives from the Kaduna State Police Command have deactivated the IED, residents were still jittery for fear of the unknown.

The device was concealed inside a rubber bucket and dumped close to a stream.

A resident of the area, Tijjani Haruna Shehu, told Daily Trust that the rubber bucket was sealed with sellotape, which made the people nearby suspicious.

“Immediately our community leaders alerted the police and DSS and the anti-bomb squad arrived and detonated it,” he said.

The police spokesman in the state, ASP Jalige Mohammed confirmed the discovery but did not give further details.

It could be recalled that Daily Trust reported last week how a POS operator was injured when an IED exploded near his motorcycle in the same Rigasa area.

There is heightened fear across Kaduna State in recent months as terrorists and bandits continued to wreak havoc on communities close to the capital city and beyond.

In Abuja, among those kidnapped was the traditional ruler of Bukpe, a community in Kwali Area Council of the Federal Capital Territory (FCT), Alhaji Hassan Shamidozhi.

The monarch’s brother, who is the Chief Imam of the community’s central mosque, Malam Jibrin D. Gimba, told Daily Trust that the incident happened around 9:32pm on Wednesday.

He said the monarch sat in front of his palace to take fresh air before he was whisked away at gunpoint.

“I just walked into my house after his palace when he said he wanted to take some shower after which he will come out to rest in front of his palace to take some fresh air. Some minutes later, I started hearing gunshots… I watched through my window and discovered that the kidnappers had whisked him away,” the brother said.

Gimba, who said the abductors of the monarch had not made any contact with the family, said the attack was the third in the community.

He said hours after the abduction, some policemen visited the community but later left.

The spokesperson for the FCT Police Command, DSP Adeh Josephine, had not responded to inquiries by our correspondent as of the time of filing this report.

Elsewhere on Kaduna-Abuja Highway, there was pandemonium as residents sighted bandits in a large number crossing over the ever-busy road towards the western part of the main road shooting into the air.

Daily Trust gathered that the gunshots forced motorists to make emergency U-turn around 3pm even though there was no report of abductions.

Sources along the highway said the bandits passed through a community called Kwari village near the Kasarami area.

A community leader, who craved anonymity, said they heard gunshots.

Shehu Sani, an activist and a former lawmaker that represented Kaduna Central in the Senate, also tweeted about the presence of the bandits on the highway.

“(I) just got a distress call that bandits in large numbers have again blocked the Kaduna-Abuja Road this afternoon. Travellers are speedily turning backward.”

But the state government, through the Commissioner for Internal Security and Home Affairs, Samuel Aruwan, clarified that bandits did not operate on the highway.

Aruwan said the buzz in circulation was false and was presented by a group of social media enthusiasts who celebrate negative news.

“The preliminary operational feedback showed that fleeing bandits escaping a military onslaught attempted to pass through a narrow corridor around Kasarami general area of Kaduna-Abuja Road.

“The troops, on receiving this intelligence, hurriedly moved to the location and engaged them in the adjoining forest,” he said.

He said the state government would update members of the general public when more detailed feedback is received.

Another incident near Abuja

The incident happened while the villagers were cleaning the farm in preparation for the farming season.

The two victims were identified as Wada and Idi, both married with children.

One of the village leaders, who simply gave his name as Barde, said the bandits called to inform them that the two farmers were in their custody.

The Kaduna police spokesman, ASP Jalige, asked for the exact location where the abduction took place and promised to get back but had not done so as of the time of filing this report.

A customs officer, Muawiyya Gambo Turaki, his son and eight others were also abducted in a separate attack in Kofar Gayan low-cost, in Zaria by bandits that invaded the area around 9pm Wednesday.

This is the second time bandits would invade Kofar Gayan Low Cost and abducted people.

Sometime last year, the bandits invaded the neighbourhood and abducted the wife of another customs officer and a woman but released them after N15m ransom was paid.

Confirming the incident to Daily Trust, the ward head of the area, Muhammadu Nazifi, said his son was among those kidnapped.

A resident, Yushau Isah, said four of them managed to escape under the cover of the night after trekking with the bandits for about five kilometres into the bush.

He said, “The abductors were eight in number and came on foot with sophisticated weapons. They struggled to speak the Hausa language to us but their language of communication is Fulani.

“We attribute the abduction to the handiwork of informants because it seems their main target was the customs officer who arrived home from his duty post, just a day earlier.”

Daily Trust learnt that security operatives responded to a distress call but were a bit late as the bandits had taken away the victims before they arrived.

Seven passengers, among them a father and son, onboard Benue State-owned transport vehicle known as Benue Links have also been kidnapped.

They were abducted one week after six other passengers travelling to Lagos on board Benue Links were kidnapped in Ochadamu in Kogi.

Their captors had reportedly opened talks with families of the victims demanding N5million each on a pastor and his son.

Narrating the latest incident, Mrs Hannah Orhena, whose husband and son were kidnapped, said “The abductors called me Thursday night between 10pm and 11pm and demanded N5m but I negotiated for N500, 000 which they refused and asked me to get someone who could speak Hausa. My husband and son spoke to me.

“They (abductors) told me that they came from Zamfara and have a boss in Abuja. I only negotiated for my family as it’s everybody for himself.

But the General Manager of Benue Links, Mrs Monica Ugela, told our correspondent that she was not aware of the incident.