At least 22 soldiers and seven police operatives were among the many people reportedly killed Wednesday during attacks by terrorists in Niger and Taraba States.… 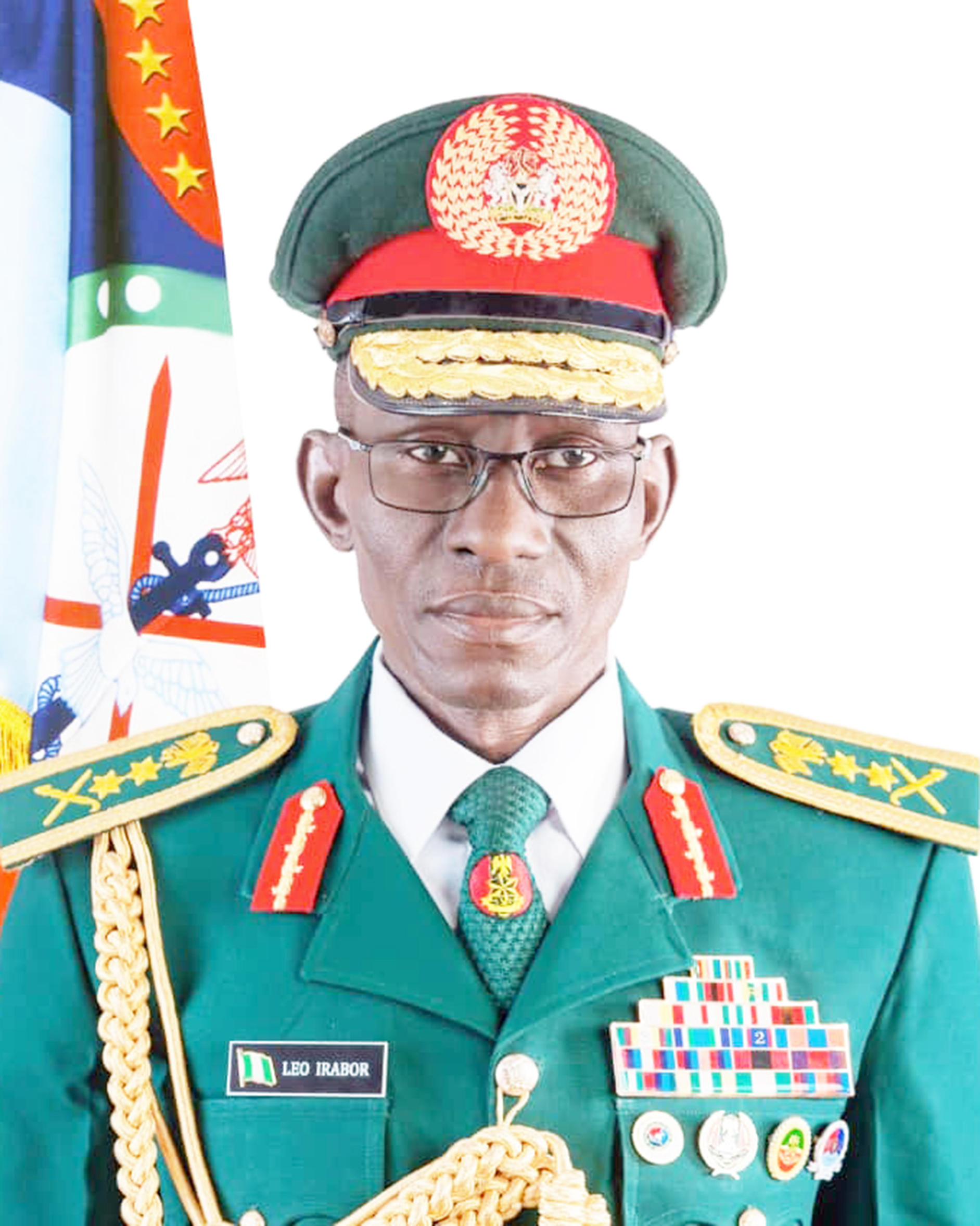 At least 22 soldiers and seven police operatives were among the many people reportedly killed Wednesday during attacks by terrorists in Niger and Taraba States.

15 soldiers were killed in Niger and seven in Taraba in an ambush while properties were also destroyed.

While government officials in the two states have condemned the attacks, there was no communication from the military high command in Abuja as of the time of filing this report.

Daily Trust reports that thousands of military personnel are involved in security operations in almost all the 36 states of the federation, exposing them to attacks by miscreants.

Thousands of them have been killed since 2009 when the Boko Haram insurgency broke, while other criminal activities being called by different names have also taken a toll on the Nigerian troops.

Of recent, terrorists loyal to ISWAP and Ansaru have infested many communities in Niger and other states in North Central and North West, years after destroying many others in North East.

The terrorists in Niger killed 15 soldiers and seven policemen during an ambush.

It was learnt that the soldiers belonging to the 45 Battalion, Bida were on a rescue mission when the terrorists, acting on prior information laid siege on the way.

A group of the terrorists had earlier attacked a mining site being managed by Chinese nationals at Ajata-Aboki in Gurmana Ward of Shiroro Local Government Area of the state.

During the attack, seven mobile policemen guarding the site and some soldiers at a nearby Erena community were among those killed.

Multiple sources said the attackers numbering about 300 rode on motorcycles, carrying sophisticated weapons and told the villagers not to panic because they did not come for them.

Daily Trust gathered that a villager who was asked by the bandits to lead them to the site but declined was shot dead.

Sources said a planned reinforcement by the troops of the 45 battalion, Bida stationed at Unguwan Maji community in Erena Ward was truncated when their vehicle got stuck on the way due to the deplorable terrain.

A top security source said 15 soldiers were killed and eight others declared missing after the bandits ambushed them while responding to a distress call.

“The battalion in Bida was specifically created to handle the deteriorating security situation around Shiroro and Zungero axis,” he said.

“This is to provide timely response and to also guard national assets like electricity installations and military equipment,” he said.

Another source said the troops ambushed had been conducting mopping up operations around the area and when they got information on the attack on a mining site, they promptly responded but were ambushed midway.

“There are countless terrorists’ cells along the area and this is making response difficult sometimes because you cannot rule out complicity of informants,” he said.

Residents said they counted 30 bodies of soldiers after the onslaught against the 15 given by one of our security sources.

The soldiers were said to have engaged the terrorists for several hours from 4pm till the early hours of yesterday.

A security source in Niger said the terrorists appeared to be foreigners.

“They are believed to be Boko Haram/ISWAP fighters who were not initially domiciled in the area and who are not also Nigerians. Their long hair, pierced nose and mode of operation point to that fact,” the source said.

The state Commissioner for Internal Security and Humanitarian Affairs, Emmanuel Umar, said the number of casualties had yet to be ascertained.

He said, “Niger State government wishes to confirm that on 29/6/2022 at about 1600hrs, based on a distress call received that bandits/terrorists invaded a mining site located at Ajata Aboki village via Erena Ward of Shiroro LGA and a joint security team were mobilised to the scene in response to the distress call.

“A yet-to-be ascertained number of workers in the mining site including four Chinese nationals were reported to have been abducted.

“Security forces mobilised reinforcement for the manhunt of the remaining terrorists and rescue of the injured victims including security personnel that sustained varying degrees of injury have been taken to a government medical facility in the state for treatment.

“While the Niger State government commiserates with the heads of security agencies in the state and the families of the slain personnel, the state government assures that their sacrifices will not go in vain.”

Umar said the state government acknowledged all the efforts of the joint security operatives and that of the communities in the state towards taming the spate of insecurity in some parts of the state.

A resident of the area however told our correspondent in confidence that “30 soldiers, seven mobile policemen attached to the mining site as security guards and six other civilian workers lost their lives in the attack.”

He said dozens, who sustained multiple gunshot injuries and were in critical conditions, had been taken to hospitals for treatment.

Sani Yusuf Kokki, Co-Convener of Concerned Shiroro Youths, in a chat with Daily Trust, described the attack as “horrific.”

He said, “Kidnap for ransom has become a common phenomenon in our localities. It is quite unfortunate that we have been forced to coexist with this sad reality. We are being killed, maimed and raped among other inhuman subjugations by marauding terrorists.

“These rampaging terrorists attack their victims at will, ironically and unfortunately in some cases without slightest hindrance, resistance or confrontation from the conventional security. Sadly too, defenceless, unarmed and peaceful locals have crassly been abandoned to their fate thereby compelling them to wallow in perpetual agony and misery.”

Salis Sabo, the spokesperson for the Coalition of Shiroro Associations (COSA) said it was yet another tragic day for the people after enjoying relative peace for a few months.

Shiroro Local Government has come under heavy attack by bandits in recent times.

Recently, bandits invaded Nakundna and Wurukuch killing no fewer than 13 people in an attack that took place during the day.

Bandits in their large numbers also invaded the Magami community killing no fewer than 20 villagers.

Governor Bello had recently said the Boko Haram terrorists were trying to make Kaure in Shiroro their home and headquarters like they did in Sambisa forest, warning that “While Sambisa forest is several kilometres away from Abuja, Kaure is only two hours’ drive to Abuja.”

The distance between Shiroro to the Kaduna-Abuja Expressway through the Tagbari/ Sarkin Pawa Road is just 130 kilometres.

Shiroro is also a strategic town because it houses the Shiroro Power Station, a hydroelectric power plant on the Kaduna River in Niger State, with a power generating capacity of 600 megawatts (800,000 hp), which is enough to power over 404,000 homes.

It contributes significant megawatts to the national grid and supplies power to many states in the North Central and North West parts of the country.

Daily Trust recalls that the National Union of Electricity Generation and Transmission Employees (NUEGTE) recently said the lives of its members at the Shiroro Hydroelectric Power Station were in danger due to terrorists’ attacks in the area.

NUEGTE Zonal Organising Secretary (North), Emmanuel Godwin, said the presence of IDPs at the school, which is close to the station, was a security threat to both the workers and the hydro facilities.

“By now, we don’t know whether the IDPs camp is already infiltrated by the terrorists. We can’t identify a terrorist by mere looking at their face, only when he or she acts,” he said.

Speaking to Daily Trust last night via telephone, the spokesman of the Nigerian Army, Brig.-Gen. Onyema Nwachukwu confirmed the ambush on troops in Nigeria State.

Nwachukwu explained that the troops had an encounter with the terrorists where the adversaries recorded heavy casualties, saying that, some men were lost in the process.

The senior military officer maintained that despite the ambush, no single attack was allowed on the critical national asset located in the area.

“In Shiroro, our men had an encounter with the adversaries and they recorded heavy casualties. Though some men were lost no attack on the critical national asset,’’ he told one of our correspondents on phone.

In Taraba, it was learnt that seven soldiers were killed by bandits in Karim Lamido Local Government Area of Taraba State.

Daily Trust learnt that the soldiers were ambushed at a forest around the Amdami area in Karim Lamido Local Government Area.

Sources from the area said that the soldiers were on patrol when they were ambushed by the bandits.

The Chairman of Karim LGA, Mr Markus Hamidu confirmed the killing of the seven soldiers in a telephone interview.

“Seven soldiers were killed by bandits…It is very unfortunate. May God save us,” he said.

The police spokesperson in the state, DSP Usman Abdullahi, could not be reached for comment as he was said to be out of Jalingo.

His telephone was also off when our reporter called him.