Banditry is about money, not religion – Most Rev Idowu-Fearon

The Most Rev Josiah Idowu-Fearon is the secretary-general of the Anglican Consultative Council (ACC). Before then, he served the Anglican Church of Nigeria as Bishop… 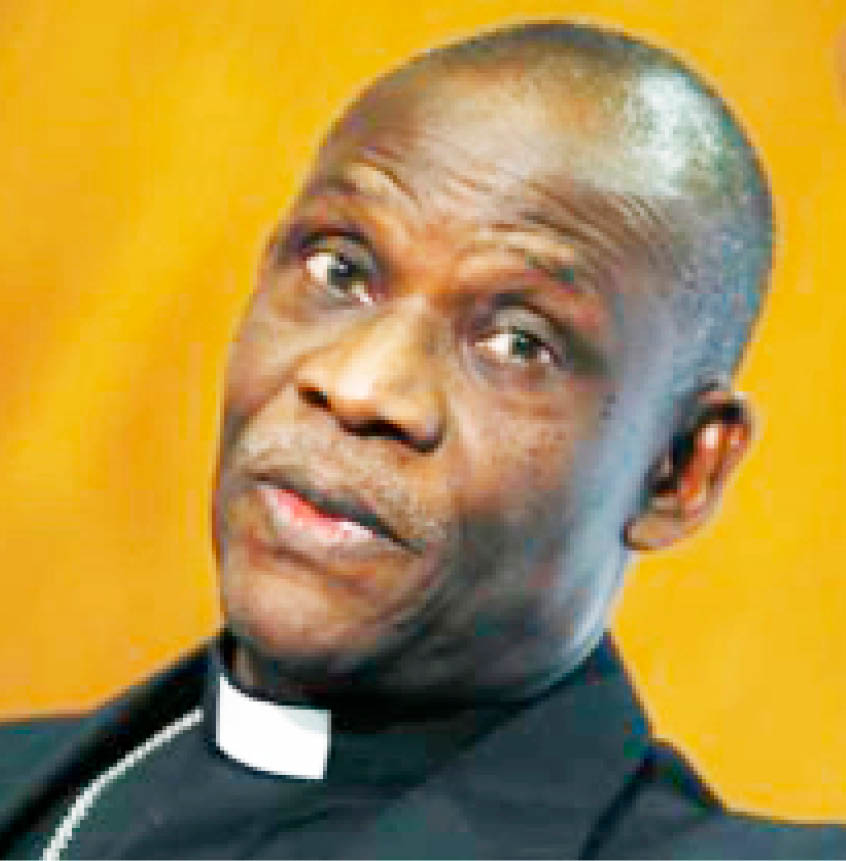 The Most Rev Josiah Idowu-Fearon is the secretary-general of the Anglican Consultative Council (ACC). Before then, he served the Anglican Church of Nigeria as Bishop of Kaduna and Archbishop of the Province of Kaduna. He was the Bishop of Sokoto, Warden of Saint Francis of Assisi Theological College in Wusasa and Provost of Saint Michael’s Cathedral in Kaduna. In this interview with some media organisations, he spoke on the Muslim-Muslim presidential ticket of the All Progressives Congress (APC), insecurity in the country, the issue of gay bishops and the way forward.

You were one of those who supported President Muhammadu Buhari in 2015, would you say he is leaving Nigeria better than he met it?

As a sociologist and the director of the Kaduna Centre for the Study of Christian-Muslim Relations, I do not think it would be fair for me to do that. We base responses on verifiable evidences and I have not done that. I am in the process of assessing every facet of our society, starting from Kaduna, then the country. However, your question raises an important fact that Nigerians do not consider. Do you think I care who the president is? I do not. Do you think I care who my state governor is?  Do you think I care who my councillor is? Yes, I do because that is where I feel the impact of governance. Ask me question about Kaduna and I have facts and figures to compare 2015 when El-Rufai came on board and today. I can easily answer that question because that is my state; the effect of governance impinges on me and the ordinary people.

There are many things that have changed in Kaduna. Nigerians should actually think and work more at the local level. Look at the North and our governors; how many of them can compete with Zulum, the governor of Borno State and El-Rufai? And I dare say that these are Muslims.

It does not matter what religion you profess, Zulum and El-Rufai stand out in the country. I agree that banditry has become the order of the day, but as I said, we are a party to this banditry in Kaduna State. Why are they coming to Kaduna? Why are they attacking pastors, priests? It has got nothing to do with religion, it is about money. They know the church will pay.

Nigeria is presently bedevilled with high level of insecurity; considering the fact that you and the Archbishop of Canterbury, Justin Wilby, are friends to President Buhari, how worried are you?

It is very worrying, and I know Mr President himself is not at ease with the situation. I remember that the last time I came to the country, I had an audience with him and I expressed our sympathy over people who lost their lives and those kidnapped. He said, and I agreed with him, that ‘security is the responsibility of every citizen.’ I know the way things are in Nigeria, we push every responsibility to the government of the day and the security agencies. But honestly, as a Nigerian citizen, I feel sad that a good number of us do not take security as our responsibility.

The government is divided, we all know that. There are those who believe, like my governor in Kaduna State, that bandits are criminals, whether they are Christians or Muslims, and so, there should be no religious sentiments, a criminal is a criminal. I agree with him totally that bandits should be treated the way they are being treated around the world. They are criminals and enemies of peace, security and development and they should be treated ruthlessly.

The Muslim-Muslim presidential ticket of the ruling APC is said to further polarise Nigerians along religious divide, what is your take on this?

It is very worrying and a lot of you have sent me text messages asking for my comments. I refrained from passing comments because we are a very sick country. We are an informed people, but we are very ignorant. So, my reaction is that of pity. I confess that all I have been doing is to pray for Christians in particular to follow the way the spirit directs them. I do not speak prophetically but I do my things prophetically.

Whether we vote or not, we know who is going to win this election; therefore, my question is: What is the track record of Christian leaders who are trying to convince Christians against such ticket? We need to start thinking of the track records of those who have suddenly come up to say they are Christians and are asking Christians not to vote for a Muslim-Muslim ticket?

Last year, you laid the foundation for the construction of the Kaduna Centre for the Study of Christian-Muslim Relations. How far have you gone with the project?

We are making progress; we have been able to raise N200million from outside the country. My plan is to get President  Buhari to inaugurate it in April 2023. I am looking for half a million dollars, and we are halfway towards getting it.

How will the centre impact on the relationship between Muslims and Christians?

As our students graduate from the two-year programme, we expect them to start small groups in their communities. We want to start from the grassroots level. Once people know that although their neighbours are Christians or Muslims, they have faith in the same Almighty God, we can work together. If we see somebody misbehaving we should advise the person, and if he is a criminal we report him or her to the police.

The Anglican Communion just concluded its Lambert Conference, how did it go?

The conference holds approximately 10 years in between, but because of the COVID-19 pandemic we had to postpone it. In all, 650 bishops were in attendance and about 450 spouses. However, Nigeria, Uganda and Rwanda did not come because, according to them, the archbishop invited gay bishops to the meeting. The rationale behind inviting everybody is to give the opportunity to everybody to express their opinions. So, gay bishops were invited but their partners were not, and because of that, there were bishops from part of the Communion who did not attend because their partners were not invited.

This conference was special because wives and husbands to female bishops had their own meeting. There were times they remained together, but for major decisions, wives were not involved.

Is there any biblical provision on the issue of support for gays in the Anglican Communion?

The Anglican Church has come out with a position that is very clear, which said that in view of the teaching of the scripture, we uphold faithfulness in marriage between a man and a woman in a lifelong union, and we believe that abstinence is right for those who are not called to marriage. That is the position of the Anglican Church and it has not changed.

Would you return to Nigeria after your retirement this month?

Well, I have received about four invitations to come and help in three churches; one in America and another in the United Kingdom. My main concentration will be on the Kaduna Centre.

What is your advice to Nigerians?

Our country is in a very dire state, such that the more money pumped into making sure it is safe, the worse the situation becomes. Like I said, everybody should make contributions in fighting this banditry. Let every Nigerian, particularly those of us from the North, move away from religious sentiments.