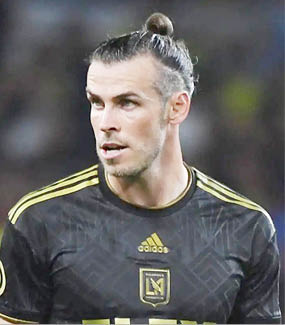 Wales captain Gareth Bale got his first taste of Major League Soccer action on Sunday in Los Angeles FC’s 2-1 away victory over Nashville in Tennessee.

Goals from Cristian Arango and Jose Cifuentes either side of a penalty by Nashville’s Hany Mukhtar put LAFC 2-1 up before prized acquisition Bale, a five-time UEFA Champions League winner, came on in the 72nd minute.

Even though LAFC were on the road, the former Real Madrid and Tottenham superstar was cheered by a sell-out crowd at Geodis Park, which included a vocal contingent of LAFC fans.

It was Bale’s first competitive club match since April 9.