Back to Industrial Policy: The conversation we should be having

Recent developments in the Nigerian economy have made the creation and implementation of a new industrial policy both imperative and urgent. It is imperative because… 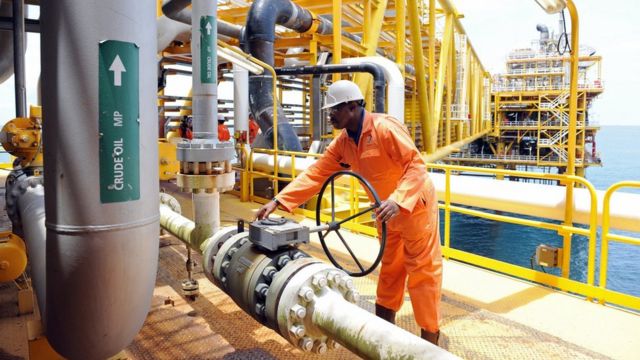 Recent developments in the Nigerian economy have made the creation and implementation of a new industrial policy both imperative and urgent. It is imperative because without it we would continue to run around in a cycle with the current formula we have, and urgent because we need an immediate halt to and reversal of the current decline in the quality of human life in the country.

From COVID-19 and its dislocations to the economy to the devastating impacts of insecurity in Nigeria, and now the sudden upsurge in the cost of everything, the economy has been brought to a situation where a fresh approach to management must be applied.

The Nigerian economy is currently ravaged by inflation, low output of goods and services, social disruptions arising from insecurity, decrepit infrastructure, and an out-of-sync policy framework. The consequences are glaring: economic stagnation, reversal of fortunes due to rising inflation that is eating into people’s welfare, and declining industrial output, among others.

These are some of the key characteristics of the nation’s economy as the year 2022 draws to an end. This is also a special time, being the eve of an election year that has all the trappings of an explosive engagement. That is part of the challenge in this, but it also presents an opportunity to correct the obvious wrongs that have brought the economy to this ugly situation.

The ultimate aim of the new approach will be to provide answers to the question, what can we do to make the economy perform better than it is doing now? This, by the way, is the simplest definition in  the whole concept of industrial policy, or what some other authors have referred to as industrial strategy.  Its objectives must be definite, and not nebulous.

We need to find ways to increase productivity, especially in manufacturing and agriculture within a definite time frame. We need to raise consumer welfare by lowering costs so that even without an increase in nominal wages, people’s incomes can buy tangible goods and services for them. We need to get farmers back to their farmers to plant and harvest their crops without having to look over their shoulders in fear of attacks.

This economy needs to operate at a higher level of electricity generation that can support higher levels of output at competitive prices. Producing at the current level of costs helps neither the producers nor the consumers because resources are being inefficiently allocated.

And when we produce, whether on the farm or in factories, there should be a good transportation system – whether rail or road – that can ensure that what is produced is efficiently transported from the point of production to the point of final consumption, again in the most cost-effective manner.

In the current milieu, conventional or orthodox monetary and fiscal policies will prove ineffective in channelling resources in a way that can prove effective. In a period of rising inflation and exchange rate deterioration, it is almost impossible for the authorities to rely on conventional measures to stem the slide in macroeconomic stability. No matter how much the CBN may try to convince Nigerians to the contrary, the effective exchange rate for cost purposes today in the country is the parallel market rate.

At a rate of about N800 to the dollar, according to reports, everyone whose operations have dollar components will price their goods and services at that rate, irrespective of where they sourced it.

If goods are in part getting costlier because of transportation deficiency, raising interest rates will not achieve much in curbing the costs. And as we have been told, if prices of items are higher because of insecurity that has driven farmers away from the farmers, monetary policy will have a limited impact on this. Even a fiscal policy that throws money at programmes or projects without a real cost-benefit analysis will achieve little.

In this kind of situation, we need unorthodox measures to help rejuvenate the pulse of the economy. This should be the focus of a conversation on the economy that should be ongoing now, given the parlous state of the Nigerian economy.

This calls for an intervention by the state – the government at the centre – with a clear understanding of where it thinks the economy should be headed for it to achieve definite goals. The reason the economy is in this condition now is that the prevailing frame is unable to pull it from the low-level equilibrium. The nature of stagnation being witnessed is far stronger than what the current policy framework can cope with to ensure sustainability.

Thus, the new framework being advocated here should include measures that deal with insecurity, and infrastructure in the core areas of power, energy, and transportation. The issue of security should no longer be taken as a social variable but as an integral part of the economic framework.

The other element of this framework is an agreement on which sectors should be given prime attention to act as levers to lift the economy. How do we increase production? Which industries do we need to support, and in what ways, both materially and otherwise, so they ramp up their production?

We need to tackle in practical terms the factors putting pressure on the cost of doing business, which is already too high and is leading to the loss of jobs and production decline.

These are the kinds of unorthodox policies that need to be looked into at this point in time. It is no longer a government versus private sector issue. The government has to co-opt the organised private sector and ask: how can we support it? How can we get the economy on track again?

That is the kind of conversation that is going on across the globe right now. The challenge is real, but not peculiar to Nigeria.