Babachir Lawal has no influence, APC lost in his LG as SGF – Oshiomhole

Former national chairman of the All Progressives Congress (APC), Adams Oshiomhole, has said that former Secretary to the Government of the Federation, Babachir Lawal, has… 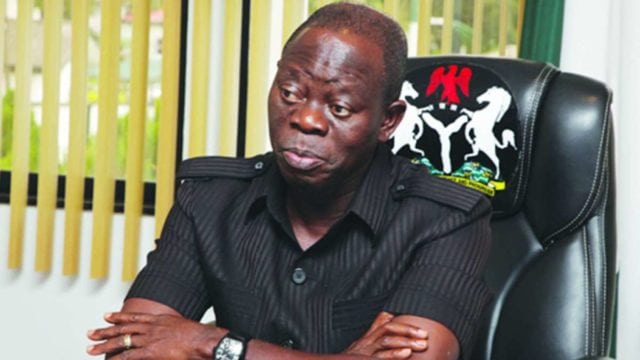 Oshiomhole disclosed this during an interview on Channels TV’s Politics Today.

The duo, alongside other Christian leaders, had said the Muslim-Muslim ticket adopted by the ruling party was an attempt to undermine the influence of Christian faithful in the North.

Commenting on the agitation, the former Edo State governor said the APC won its election in 2019 even when Dogara decided along with Bukola Saraki to defect to PDP.

He said, “One of the things I promised myself and my wife is that we all agreed that Adams, this time around don’t go into mentioning names. I want to raise issues.