A chieftain of the All Progressives Congress (APC), Ahmed Soje, has said that former Secretary to the Federal Government, Babachir Lawal, cannot determine the electoral… 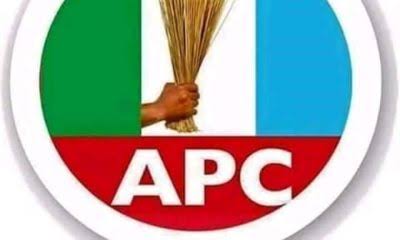 A chieftain of the All Progressives Congress (APC), Ahmed Soje, has said that former Secretary to the Federal Government, Babachir Lawal, cannot determine the electoral value of his village.

Soje stated this during an interview on Channels TV’s Politics Today.

Babachir Lawal, had during an interview, said that an average northern Christian is a supporter of the Presidential Candidate of the Labour Party, Peter Obi, saying the ruling APC would win the 2023 elections.

But during the interview, Soje said, “Bachir Lawan who cannot determine the electoral fortune of his party in his village, sat down here because he had access to television and he had access to Seun to ask him question.

He said Babbachir did not represent credible Christians, adding that the APC would win the election.

“Our party stands a chance. We have at least two governors in the South-East and we have political heavy weights in the South-East. If the South East does not like the party completely, why are these people found in our party?”