The fire almost engulfed the correctional service centre in the area before the arrival of the personnel of the Oyo State Fire Service, who later… 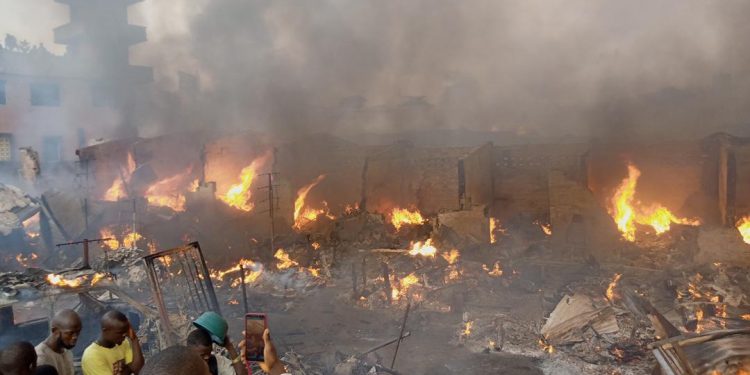 Our correspondent gathered that the inferno which started at midnight on Friday lasted for more than five hours.

The fire almost engulfed the correctional service centre in the area before the arrival of the personnel of the Oyo State Fire Service, who later brought the situation under control.

Daily Trust on Sunday reports that their arrival could not immediately stop the inferno as the road to access the scene was blocked by auto spare parts that were dumped on the road.

According to some traders, the fire was caused by a power surge in one of the shops in the market, adding that the market just had electricity supply restored recently after years of being without light.

A trader, who simply identified himself as Samson, and deals in Toyota spare parts in the market, said the last time a similar inferno occurred in the auto spare market was 38 years ago.

Another trader, Akeem Akande, said the incident had thrown many traders into monumental debts.