Ole Gunnar Solskjaer’s 100th match in charge of Manchester United ended in a 1-0 defeat to Arsenal after Pierre-Emerick Aubameyang scored from the penalty spot.… 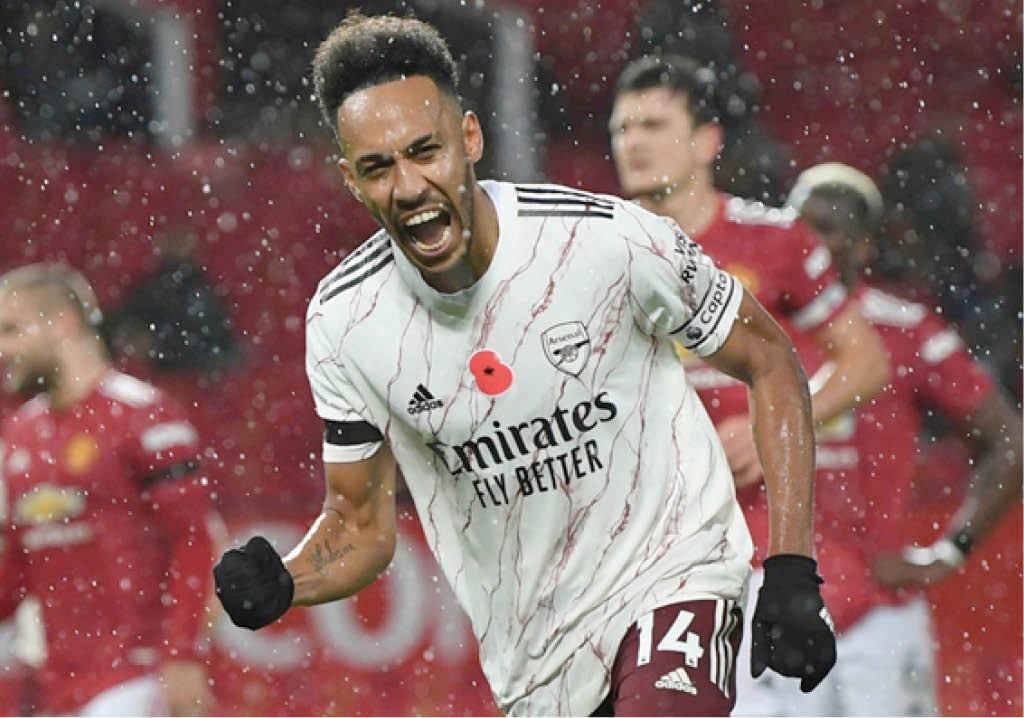 Ole Gunnar Solskjaer’s 100th match in charge of Manchester United ended in a 1-0 defeat to Arsenal after Pierre-Emerick Aubameyang scored from the penalty spot.

The Gunners were much the better side in the clash at Old Trafford on Sunday and Aubameyang’s 69th-minute spot-kick secured their first victory at Old Trafford in the Premier League since September 2006.

United created few opportunities in front of goal and the contest was settled after Paul Pogba was deemed to have fouled Hector Bellerin inside the area.

The result helped Arsenal move up to eighth place in the table on 12 points, ahead of United in 15th, with the Red Devils winless at home in the Premier League after four games this season.

This was the first time since 1936 that the sides had met each other with both of them languishing in the bottom half of the table, and it was Arsenal who climbed out.

Even though the Premier League season is only seven games old, scrutiny will increase on Solskjaer, with the tactically-astute performance of Mikel Arteta’s side much more encouraging.

Arsenal started brightly and Aubameyang was within a whisker of getting a touch on Bellerin’s low cross as he looked to put the Gunners ahead.

United registered the first attempt on target when Marcus Rashford whipped a teasing ball from the right across the penalty area for Mason Greenwood, who saw his low angled shot saved by Arsenal goalkeeper Bernd Leno at the near post.

But it was Arteta’s side who finished the first half the stronger, as Wililam’s curling effort grazed the crossbar while Bukayo Saka headed just wide from a good position.

Indeed, United’s solitary effort meant they had their fewest shots in the first half of a Premier League home game since having none against Manchester City in October 2015.

Arsenal caught United in possession six minutes into the second half and Aubameyang curled a shot past the post, while Harry Maguire headed wide for the hosts not long afterwards.