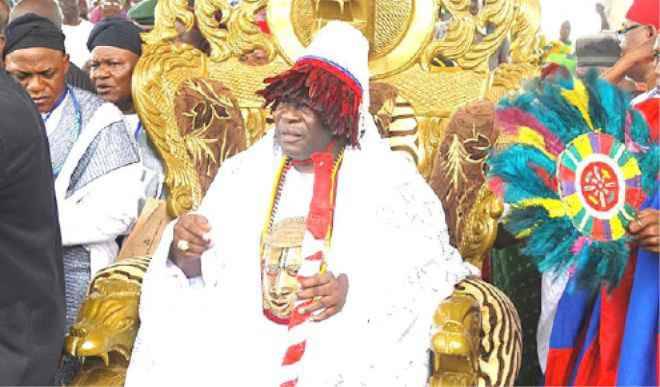 The curse followed widespread violence that characterized the last Saturday’s presidential and national assembly elections in Kogi east senatorial district in which about three lives were lost, many injured and property destroyed.

Addressing a press briefing on Saturday at his palace in Idah, the ancestral home of Igala kingdom, the visibly angry traditional ruler placed a curse on the perpetrators of the violence and warned against a repeat in the remaining elections.

The Royal father lamented the recent spate of violence, describing it as “unacceptable and unimaginable” in a political contest that was supposed to be for brothers.

He warned that any one behind the violence would also die by violence following the ancestral curse that has been invoked.

The Attah who was flanked by 30 other traditional rulers, described politics as a game of numbers and warned against fanning embers of discord and disunity by the political class.

According to him, the ancestral wrath of the Igala’s which has been invoked would not spare any one fomenting violence henceforth.

He called on parents to caution their children to desist from being used by politicians in perpetrating violence, adding that anyone found wanting in fomenting violence in the area would not be spared.

The Royal father warned the media and online practitioners from sensational reporting and prayed for peace in Igala land in the remaining elections.