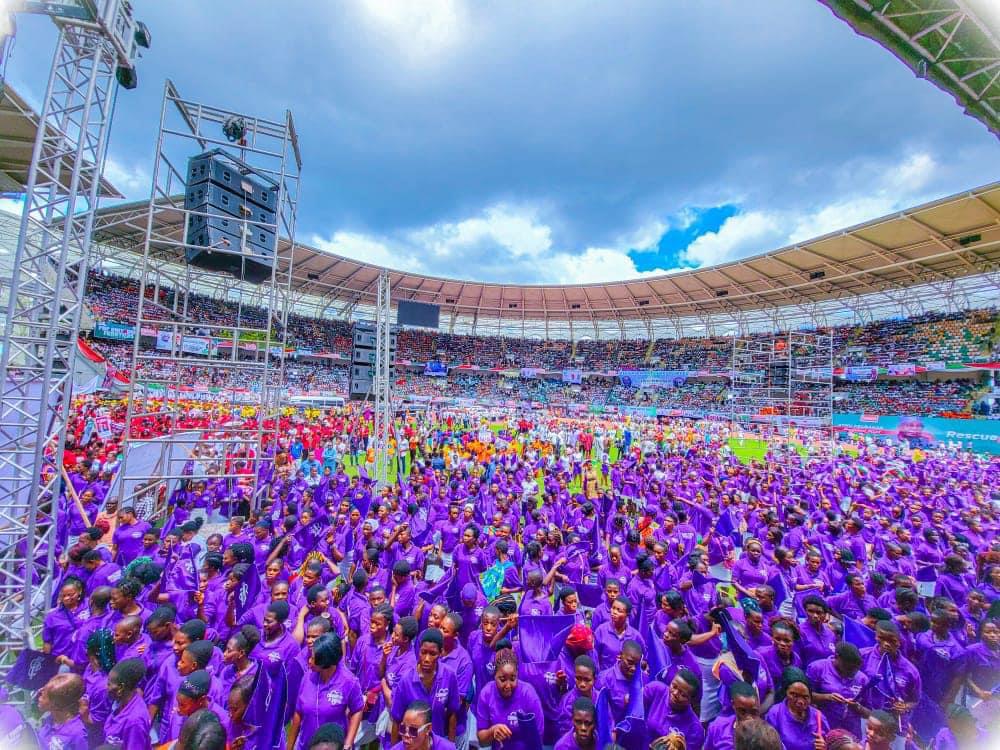 Abubakar, who stated this on Monday during the official kick-off of the PDP presidential campaign at the Nest of Champions stadium in Uyo, Akwa Ibom state, said if elected he would restore Nigeria’s education.

He said the protracted strike by the Academic Staff Union of Universities (ASUU) and poor condition of the nation’s universities and welfare of university teachers will be addressed headlong.

Also at the flag-off were former presidents of the Senate including Bukola Saraki, David Mark, Adolphus Waraba and others.

Speaking, Atiku appealed to Nigerians to give PDP a chance to rescue the country’s economy, security apparatus, and other sectors that have been destroyed by the All Progressives Congress administration since 2015.

He said: “When PDP came to power in 1999, we met Nigeria in a state of poverty, insecurity, hunger, lack of education. We lifted Nigeria from the bottom to the top. We became the biggest economy in Africa, we had peace, we had progress. But when Nigerians said they wanted change, they voted for change in 2015.

“What we have seen is poverty, insecurity, lack of jobs and disunity. Our children are no longer going to school. Is that what we want to continue in?

Sokoto State Governor and Chairman of the Peoples Democratic Party (PDP) Governors Forum, Aminu Tambuwal, says the same faith presidential ticket of the All Progressives Congress (APC) is not only against the federal character but also unconstitutional.

Tambuwal who is also the Director General of the Atiku Campaign Organisation said this in Uyo, Akwa Ibom State capital, on Monday during the kick off of PDP’s presidential campaign.

He called on Nigerians to vote for the party’s Presidential Candidate, Atiku Abubakar and his running mate Senator Ifeanyi Okowa, saying it is the balanced ticket that can rescue the country.

According to him, the APC’s same faith ticket will sow the seeds of discord in the country.

“PDP is presenting the most competent of all the people that are running for the presidency of this country as of today which is Alhaji Atiku Abubakar,” he said.

“From day one they are planning to plant a seed of discord in this country and we must not allow that to happen. We have a balance ticket, we have a ticket that can rescue Nigeria through its current situation and I appealed to all of you men and women of goodwill to join on this train of Atiku/ Okowa to Rescue, Reset and Restore Nigeria,” he added.