Atiku: Nigerians Wanted Change in 2015 but Ended Up With Failure

Presidential Candidate of the People’s Democratic Party (PDP), Alhaji Atiku Abubakar, has said Nigerians wanted change in 2015 but ended up with failure. Speaking at… 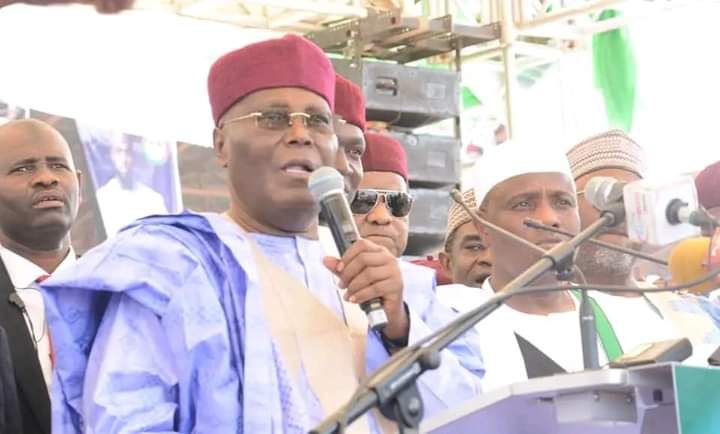 Presidential Candidate of the People’s Democratic Party (PDP), Alhaji Atiku Abubakar, has said Nigerians wanted change in 2015 but ended up with failure.

Speaking at interactive section with leaders of the Christian Association of Nigeria (CAN) in Abuja, Atiku said the current administration had performed below expectation.

He charged Nigerian to rise above the deception of politicians and vote for competence, adding that the only escape route from “the present disaster is to change the change”.

He further stated that the would implement the policy document presented by CAN if elected in 2023.

“America today is the largest economy of the world and they do not fight over natural resources, the only thing they do is to task.”

“I didn’t go to school with oil money or any natural resources but my parents paid taxes , that same taxes saw me through school for free. When I become president, I will ensure proper taxation through which great countries succeeded.

“The People in power today told you they would restructure the country but failed, they told you what you wanted to hear and immediately they got to power they did a different thing. Nigerians wanted change but they got failure.”