Oluwatobi Amusan has made history by becoming Nigeria’s first ever gold winner at the World Athletics Championships. 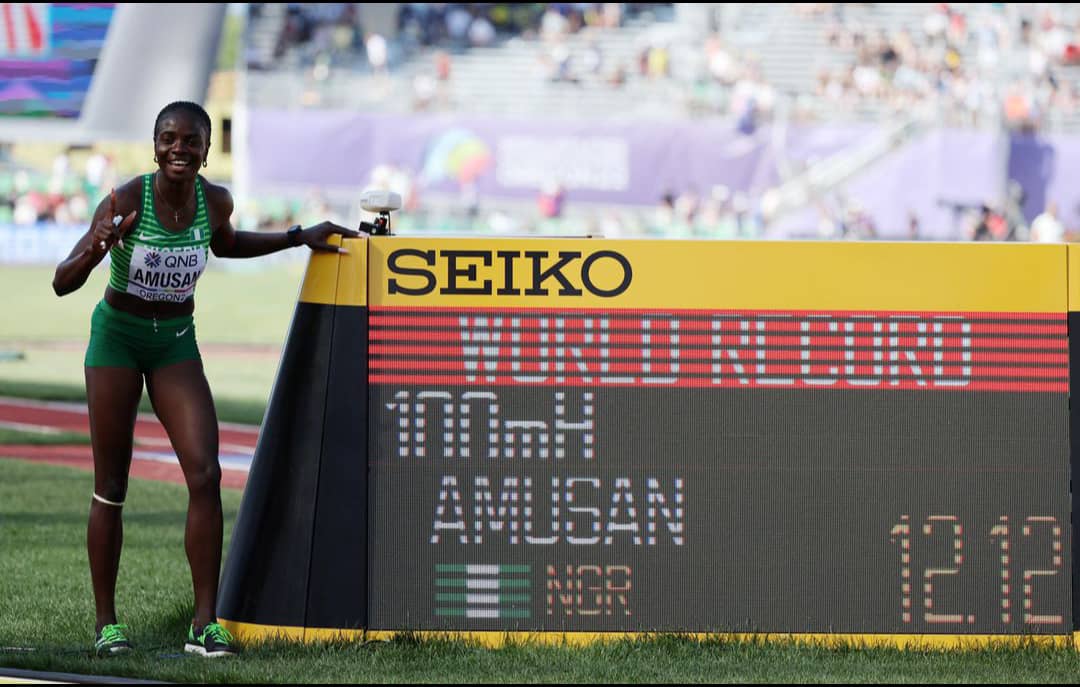 Oluwatobi Amusan has made history by becoming Nigeria’s first ever gold winner at the World Athletics Championships.

Her performance came 90 minutes after she set a record time in the semi-finals with 12.12 seconds, which broke the 12.20 record of America’s Kendra Harrison, who finished behind Amusan at second place.

Amusan finished in 12.06 seconds in the final which would have broken her new world record, but her new record was ineligible as the wind speed was over legal limit.

“The goal was to go out and to win this gold medal,” the 25-year-old said.

She recovered from a slightly slower start to put on a captivating performance, finishing the race, ahead of silver medalist Britany Anderson of Jamaica.

The former world record holder, America’s Kendra Harrison, who held the record since 2016 was disqualified.

The Nigerian athlete showed great determination to end Nigeria’s medal drought at the World Championships, having held nothing back in the semis, just a day after setting the African record in the opening heats.

For Amusan, it was an emotional moment on the podium as she sang along to the Nigerian national anthem.

This marked the first time since the year 2000 that the Nigerian national anthem was played at a senior athletic championship event.

As she stood on the podium, she received her $100,000 cheque for her efforts in breaking a world record.

World Athletics on its Twitter handles wrote: “Continuing to put our pledges towards greater gender equality into practice. #WeGrowAthletics by proudly funding the women’s world record programme at #WorldAthleticsChamps.”