Governor Yahaya Bello of Kogi State, who doubles as the National Youth Coordinator of the All Progressives Congress Presidential Campaign Council, has cautioned Nigerian students… 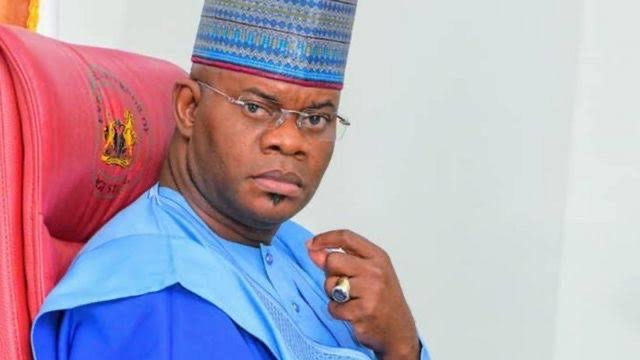 Governor Yahaya Bello of Kogi State, who doubles as the National Youth Coordinator of the All Progressives Congress Presidential Campaign Council, has cautioned Nigerian students affected by the Academic Staff Union of Universities’s ongoing strike to learn from #EndSARS protests and desist from their planned national protests.

On Monday, the Nigerian students under the aegis of the National Association of Nigerian Students (NANS) protested against the prolonged strike action at the Murtala Muhammed International Airport, Ikeja, Lagos.

The students held banners bearing inscriptions such as: “No nation can develop without a genuine commitment to education,” and “If you have money for election form, you can fund education.”

They caused traffic around the airport despite the presence of the police and other security agencies.

The students had also vowed to ground activities at the Nnamdi Azikiwe International Airport, Abuja; and the Kaduna-Abuja Expressway to register their displeasure with the ongoing industrial action.

Speaking on the planned protest on ARISE TV on Wednesday, the Kogi State governor called on the students to learn from the outcome of the #EndSARS protest and not take to the streets.

He said, “Let me admonish the NANS and the younger generation just like I did during #EndSARS when it was just starting then’; please don’t take the law into your own hands.

“Our candidate, Bola Ahmed Tinubu, is deeply concerned, and even Mr President. We are all concerned about this lingering crisis. What this administration failed to do is to remove the political aspect of ASUU and other associated problems from the academics and that is why we are facing what we are facing today.

“Now, don’t take the law into your own hands. With EndSARS, we knew exactly what happened. If you take to the streets, there are hoodlums out there who are ready or who have been sponsored to hijack the protest from you.”