The former Emir of Kano Lamido Sanusi Lamido, among others, has accused Nigeria’s top public office holders of placing no premium on education. With all… 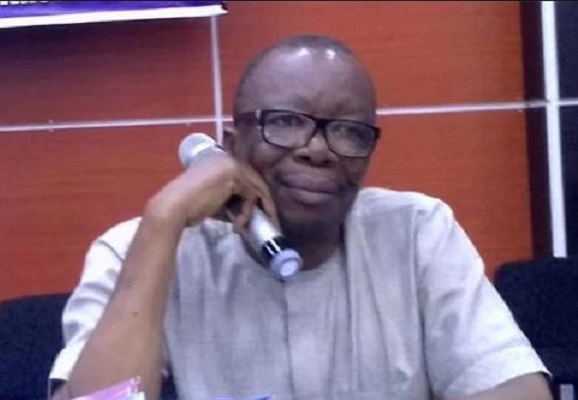 The former Emir of Kano Lamido Sanusi Lamido, among others, has accused Nigeria’s top public office holders of placing no premium on education. With all due respect to them, this simply isn’t true. If it was true, then why would our president, vice-president, senators and governors, all send their children to universities overseas? It’s not that they don’t value education; it’s just  that they came into office without a plan of how to fix anything in the nation, and subsequently every sector of national life has decayed under their watch. They send their children overseas because they are fully aware that university infrastructure, syllabus and facilities in Nigeria are well below par!

It’s noteworthy that even as the National Association of Nigerian Students (NANS) mobilised onto the streets urging government to honour their agreements, face up to their responsibilities and end the seven months strike by the Academic Staff Union of Universities (ASUU), both the president and vice-president travelled out of the country!

President Buhari lived up to his reputation for junketing by leading an “official delegation” of over 100 persons to New York. The lame excuse for the latest junket was that paradoxically, while begging for debt forgiveness, they would somehow attract foreign investment at a time when foreign airlines and foreign investors are pulling out or suspending services due to adverse operating environment! Investment doesn’t flow into unfavorable operating environments. If the social and economic climate in Nigeria was conducive, foreign investment would naturally flow in by itself. Meanwhile, the vice-president lived up to his reputation as “Minister for Condolences” by travelling to London to condole the British Royal Family on the death of Queen Elizabeth II. The absence of both of them was clear evidence that government never had any intention of facing up to their responsibilities or honoring signed agreements, and were not inclined towards settling ASUU’s demands.

Only the threat by the NANS to disrupt political campaigns spurred them into their shameful temporary escape route. In a tactless use of force, they procured a court order from the National Industrial Court compelling ASUU to resume work. It defies logic to think that forcing lecturers back to work on the basis of a court order is beneficial to the educational system. Apparently, government feels that its only importance is for campuses to open, not for students to be taught properly! Lecturing is a physical, psychological, and emotional job which must be done with passion. Lecturers are human beings living in a country suffering hyper-inflation, yet their salaries and working conditions are disgraceful. Using the courts to stop their strike is an insensitive denial of the fundamental human right to withdraw labour and services. By refusing to honour voluntarily signed agreements or employ alternative dispute resolution channels, the executive has once again proved itself to be operating in bad faith. As for the judiciary, it’s a ridiculous betrayal of equity or justice for the court to order lecturers to resume work but not order government to honour its agreements. It’s an abhorrent precedent and a move towards authoritarianism! Nigerian workers are not slaves and withholding labour to enforce compliance to agreements is a fundamental human right.

Even as government quite ridiculously claims that they cannot pay ASUU for not working, they paid over 600 staff in Kaduna, Warri and Port Harcourt  refineries over N130 billion without refining a drop of oil for over ten years! It’s simply a question of priorities. The end result of government’s lack of concern for public education is that the best brains no longer find lecturing in Nigeria attractive. Nigeria’s professors who do not profess anything, along with doctorate degree (PhD) holders now seek political appointments as CEO’s of parastatals as their only means of earning a decent salary.

The future for the nation’s tertiary education looks bleak. Despite government’s inability to properly fund existing universities, members of the House of Representatives once again advertised their penchant for intellectual mediocrity. They rejected a plea to stop presenting bills seeking the creation of more government owned tertiary institutions. Motivated solely by selfish interests, they claimed that their political careers would be affected because they “promised” their constituents tertiary institutions! Evidently, they feel the nation needs 360 tertiary institutions one for each House of Representatives member!

The most distressing aspect of the ASUU strike is that it diverts attention from the real problem in our educational system. The internet has made the Nigerian educational system which is built on memorisation of information obsolete. Information is now a freely available commodity. The internet can now give you the answer to anything in two seconds so why memorise everything? Our primary schools churn out pupils who can recite times tables but not use calculators. Our secondary schools churn school-leavers, the majority of whom will have worthless results and no marketable employment skills, while our universities churn out graduates who are not computer literate and posses no world knowledge not having studied history or geography. Decent education is the key to national development and it’s not difficult to surmise why the nation is moving consistently backwards. The incoming administration must reform the educational system and implement a holistic approach designed to position the nation to compete in the modern world. The ongoing ASUU strike is diverting attention from the overall problem. Even if universities are re-opened, it will not solve the problems of the inappropriate educational system impeding national development.