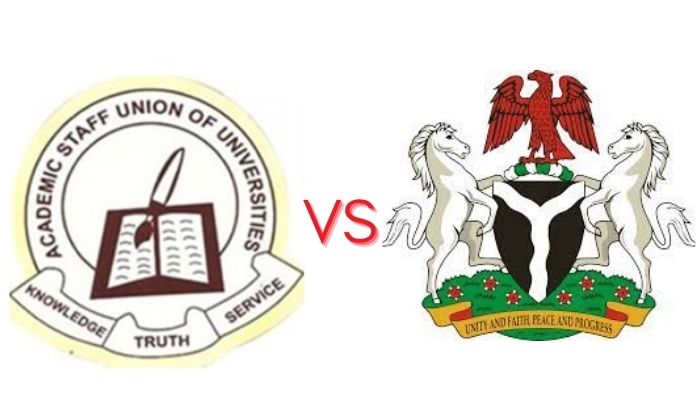 Mon, 24 Oct 2022 17:58:29 WAT
The Academic Staff Union of Universities (ASUU) and the federal government have agreed to work together and solve the issues regarding UTAS (University Accountability Solution) and IPPIS (Integrated Payroll and Personnel Information System) payment platforms in three months.
The agreement came after the intervention of the Speaker, House of Representatives, Femi Gbajabiamila and other members of the House at the resumed reconciliation meeting on Monday.
The IPPIS-UTASS debacle was a major issue in contention while the eight-month strike by the university lecturers lasted.
Speaking, the ASUU President, Professor Emmanuel Osodeke promised that the union would work with the Accountant General’s office, NITDA and others to get a permanent solution to the problem.
He reminded that the union called off the strike based on trust to save the country’s education sector.
Osodeke stated that the lecturers had in the past agreed to terms presented by the government but were later let down.
He said, “We have agreed on IPPIS as a temporary measure and not long term because it will not solve the problems. They challenged us to produce a template for the government; we used our money and time to develop UTAS, which was not used.
“There is no way IPPIS can represent the universities. The greatest problem university has is funding. No university can invest again because of Treasury Single Account (TSA).”
He promised that ASUU woukd work with the other parties to find a lasting solution.
In his opening remark earlier, the Speaker said the meeting was a recap on the previous meetings aimed at finding a lasting solution to the UTASS payment platform which the university lecturers preferred to IPPIS, among other things.
He commended ASUU for suspending the strike in the spirit of patriotism and sacrifices for the nation.
He said they wanted to deal with the issue of UTAS by suggesting a marriage between the platform and IPPIS to provide a seamless operation if it will be possible in the long run.
He however said it was agreed that IPPIS would remain the payment platform while areas related to it and UTAS are being considered for possible synergy.
Gbajabiamila stated that the Office of the Accountant General would midwife the process to resolve the issue through a robust cooperation with ASUU and other stakeholders.
He however demanded that a timeline must be provided for ASUU to be comfortable that agreements are being implemented.
On his part, the Accountant General of the Federation, Sylva Okolieaboh, demanded that ASUU present a comprehensive peculiarities list of UTAS promising that the matter would be resolved in three months.