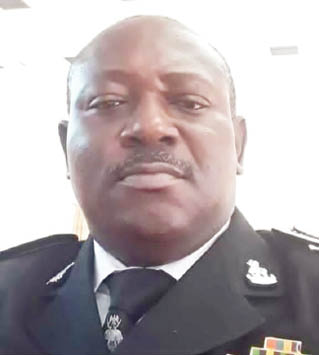 The incident, City & Crime gathered, occurred in Eyenkorin when the deceased boarded a motorcycle popularly called Okada while his faulty car was being attended to by his mechanic.

‘LG autonomy responsible for execution of projects in Bayelsa councils‘

Until his death, the late ACP was also the area commander, Alapa Area Police Command in the state.

The Police Public Relations Officer (PPRO), Okasanmi Ajayi, who confirmed the development, described him as a fine officer, who died in the cause of his duty.

Also speaking on his demise, the former ADC to former Senate President, Anyim Pius Anyim, who is also the Peoples Democratic Party (PDP) House of Representatives candidate for Ilorin West/Asa federal constituency, Alhaji Ibrahim Mohammed Ajia, said the deceased, a member of Course 20/2000, had put in more than 22 years in the service of the country.

“In my last conversation with him early hours of the same day he lost his life, we both reinstated our commitment to secure the areas covered by the five divisional headquarters within his area of jurisdiction so as to avert the cases of kidnapping which is fast escalating across the country,” he added.