Since entering the Nigerian music scene, he has relentlessly dropped back-to-back hits and has been topping charts nationwide and also internationally. In this feature report,… 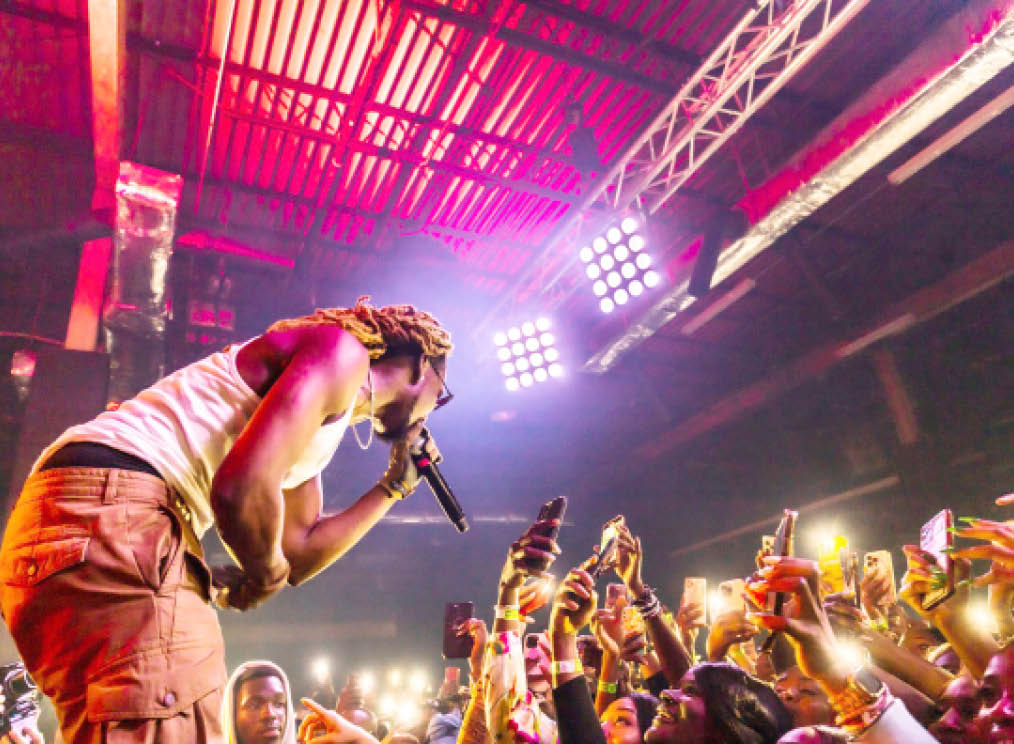 Since entering the Nigerian music scene, he has relentlessly dropped back-to-back hits and has been topping charts nationwide and also internationally. In this feature report, Daily Trust Saturday spotlights Asake’s journey into stardom.

From the streets, to the radio stations, music channels and even social media platform, they all scream Asake and his definite choice of melodious sound. Since entering the spotlight, the Lagos-based artiste hasn’t taken a break from influencing the mainstream attention and charts.

If not spoken about for his music, his eccentric style of dressing and also graphic music videos keep his fans wanting more. On Twitter, he’s referred to as Olamide’s ‘golden egg’ because of how fast he gained popularity in the music scene both locally and internationally.

Before signing to YBNL and the release of his hit single featuring Olamide ‘Omo Ope’, Asake had already gotten a taste of popularity from his first single in 2020 “Mr Money” which was a club banger and had its reign in the street. He went ahead to make a remix of the song which featured Peruzzi and Zlatan Ibile and earned him his first spot on Apple Music Top 100: Nigeria chart.

In 2022, he hit the music scene with ‘Omo Ope’ which had a sweet blend of afrobeat and Amapiano.  In an interview with Cool Fm, the rising star disclosed how he had made efforts to reach out to Olamide but to no avail.  The singer stated that he would always remind the YBNL boss that he helped his friend Fireboy and also Chinko Ekun, and that he should return the favour. Asake revealed that Olamide at last replied after releasing ‘Omo Ope’.

He did not stop there as the music crooner went on to release ‘Sungba’, which became another club banger from Lagos, to Abuja, and all across the country. After the song gained enough popularity, he hit the fans with its remix featuring Burna Boy which accelerated Asake’s name into the spotlight and made his tune more acceptable.

Once Asake’s tune became registered in the minds of many, there was no going back for him. He was quick to be featured on singles with other artists such as Palazzo with Dj Spinall which topped the charts for weeks.

‘Mr Money with the Vibe’, his debut album, is currently dominating charts both domestically and abroad. The album recently made its debut on the Billboard Albums Charts after receiving nearly one million (991,500) streams in Nigeria within the first day of release.

Asake stands out because his music is difficult to categorise. His music incorporates hip-hop, amapiano, fuji, and other fusions. To create a positive chorus, he also employs praise chant, street slangs, and street rap.

His masterful use of Yoruba is stunning, intriguing and moving at the same time. Because of his vocal skill, the upbeat/party-like chorus, and the inclusion of religious phrases in his music, Asake’s Fuji-like style of music appeals greatly to the streets.

In the hit single with Fireboy, ‘Bandana’, Asake says “They never see me coming” and is seen to be crying in the church as he appreciates how far God has brought him in his career.

It’s safe to say that Asake has made the Nigerian top 10 charts his home and won’t be moving anytime soon as his continuous release of melodious tunes keep earning him the number one spot on the table.

In his time of fame, the superstar has been able to grow a loyal fanbase spanning across the country and also internationally.  Earlier in October, the artist released tickets for his first London performance, which took place on October 3, and they were sold out in less than five minutes.

Working with a global label like Empire, Asake now has access to resources that can help him reach incredible heights. With a line-up that includes well-known Nigerian musicians like Fireboy DML, Wande Coal and Bnxn. Empire has since established itself as one of the key groups responsible for the recent upsurge in Afrobeat.