As Nigeria floods again, and again

As you are probably aware, the legislative arm of the Nigerian government in June 2021 allegedly began work to criminalize the menace of abandoned projects… 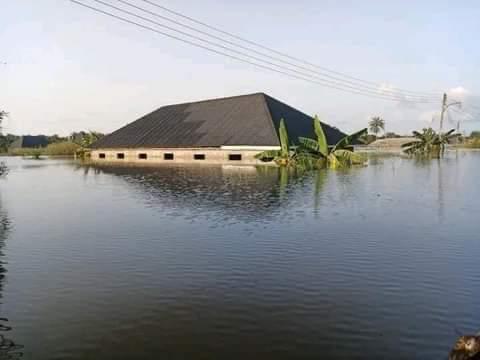 As you are probably aware, the legislative arm of the Nigerian government in June 2021 allegedly began work to criminalize the menace of abandoned projects in the country.

The discussion followed a bill sponsored by Senator Jibrin Barau (APC-Kano), inspired by the report of the Goodluck Jonathan Presidential Projects Assessment committee (PPAC) which had said there were nearly 12,000 abandoned federal and state government projects throughout the country.

But that was all of 10 years earlier.  In practice, Mr. Jonathan ignored his own PPAC report, and President Muhammadu Buhari was happy to follow his example. [I recalled here last Sunday however, that the Buhari government has bragged that it will indeed complete all of those projects].

For the record, I know of nobody who has a copy of the PPAC report.  We are a country with a story but not a history.  Maybe the Buhari government does.

It has since turned out, however, that the PPAC had not been thorough.  In August 2021, two months after Senator Barau’s bill, the Nigerian Institute of Quantity Surveyors put the figure, including those of organizations in the private sector, at a scandalous 56,000.

Recently, as several Nigerian states have again suffered immense flooding, the question of why and what to do about it has become urgent.  The headlines are brutal: hundreds killed, hundreds of towns and villages nationwide submerged or destroyed, hundreds of thousands of homes damaged, new IDPs minted.  BBC.com provided this part- profile in 2018:

The government’s response does not change: a few officials make what is intended to be remarks of concern or sympathy, billions of Naira are mentioned in humanitarian response, and then all goes quiet until the following year.

A part of this may be traced to the efforts of the Jonathan government which in October 2012 set up a National Committee on Flood Relief and Rehabilitation after widespread floods that year killed hundreds within a few months.

The government also set up the Presidential Committee on Flood Relief and Rehabilitation, to be headed by Alhaji Aliko Dangote and Mr. Olisa Agbakoba.  That committee has been immensely helpful to flood victims nationwide since then, supporting affected states and relevant agencies.  In 2012 alone, Dangote donated $15.8 million (N2.5 billion), in addition to nearly $950,000 for the running of the secretariat; and Visafone’s Jim Ovia $6.3 million (N1 billion), to assist flood victims.

The National Emergency Management Agency and related international organizations have also done a lot since then to meet the flooding challenge, which is loosely described in Nigeria as part of “global flooding” or something like that, every year.

Yes, there is tremendous flooding in many countries, partly as a result of climate change, which is the province of Goal 13 of the United Nations Sustainable Development Goals (SDGs): to “Take urgent action to combat climate change and its impacts.”

“Climate change,” world leaders proclaimed in the 2030 Agenda in 2015, “is one of the greatest challenges of our time and its adverse impacts undermine the ability of all countries to achieve sustainable development. Increases in global temperature, sea level rise, ocean acidification and other climate change impacts are seriously affecting coastal areas and low-lying coastal countries, including many least developed countries and small island developing States. The survival of many societies, and of the biological support systems of the planet, is at risk.”

Conscientious countries have worked diligently with that agenda, which now has but seven years to run, ever since.  The problem is that countries such as Nigeria have barely bothered beyond what UN agencies are able to bother them to do.  If we did, the flooding situation would certainly by now have been elevated beyond our pitiful annual damage control response.

Yes, flooding is to be expected in parts of the country during the rainy season because that is the nature of our climate, but some of it is completely avoidable.

In its 2018 article, the BBC explained why Nigeria floods as it does, demonstrating the impact of the menace of uncompleted projects, notably dams, sometimes requiring excess water to be released downstream, causing the interminable condition we call “flooding.”

The uncompleted Zungeru dam in Niger State and its counterpart Dasin Hausa Dam in what is now Adamawa, are a part of the puzzle.  In an article in Pulse last week, Bayo Wahab explained how Nigeria’s failure to complete the Dasin Hausa Dam has contributed to the problem, blaming water that is deliberately released from Northern Cameroon’s Lagdo Dam when they need to release their own pressure.

The real challenge is that Nigeria has failed to move beyond predictable and haphazard—even dubious—motions of flood relief, into national and regional plans to mitigate the menace.

Only last year, Mohammed Khalid Othman, an irrigation specialist and professor of Agricultural Engineering at Ahmadu Bello University in Zaria, told The Guardian that Nigeria has the dam and reservoir capacity—over 600 when you factor in the states and local councils—to respond to the flooding problem.

It was painful to read the professor speak of dams across the country that were built
for irrigation, hydropower generation, industrial and domestic supplies, but with most of them yet to be uncompleted 20 to 30 years after their construction began.

Worse still, he said, as he called for a comprehensive and holistic approach to the challenge of flooding, of the large and medium dams with irrigation facilities in Nigeria, none was up to 60 per cent completed.  Think about that: not one, in the entire country.

Other experts cite such problems as deforestation, indiscriminate dumping and poor urban planning as elements that must form the core of the required public policy to mitigate flooding.

All over the country in the past few weeks, many of the old images were new again, with homes and communities and schools and farms and businesses swept away.  Government agencies were distributing or donating “relief materials” to families and new IDP camps.  But they will all be abandoned and forgotten as soon as the news reporters leave to report political campaigns.

Also being remarkably swept away are the rickety federal roads that were barely there in the first place.  The shameful images are all over social media of travelers and transporters stranded behind dangerously broken roads and in floods for days with no defence against the elements.

But some people insist that there really is a government in Nigeria that is so humane and so effective that it is deserving of praise.

The question is: where is THAT government?  Is a government in name only not the most dangerous of incomplete thoughts and uncompleted projects?

It would be fun to see the legislative arm criminalize the executive.